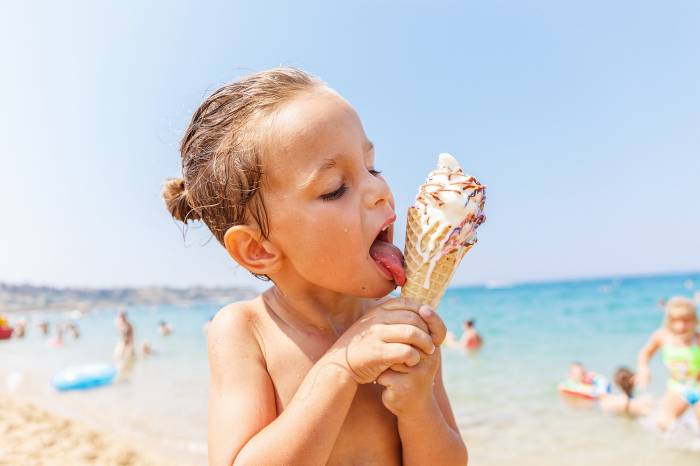 KIDS will consume up to five times more sugar during the summer holidays.

Ice creams and drinks are mostly to blame.

A survey of 1,000 parents found eight in ten were concerned about the increase in sugar intake.

Yet one in three said they are more likely to hand out treats.

One in four said their child eats far more sweets.

And one in five said kids snack more out of boredom.

Just one in 10 said their child eats more vegetable sticks over summer.

A fifth of parents believe their child’s oral care declines while off school, with most claiming it is easier to forget to brush when not in the usual routine.

Despite the problems, two thirds say they will not make a special effort to schedule a dental check-up.

The poll was conducted for mydentist.

Group clinical director Nyree Whitley said: “Kids are entitled to free check-ups on the NHS and the holidays are the ideal time to take them.”