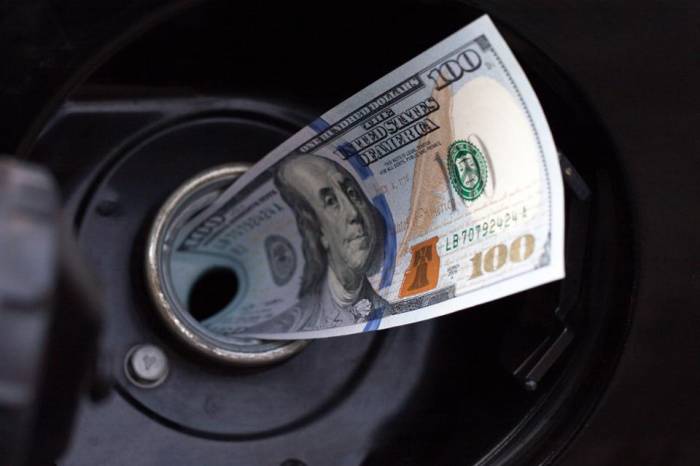 The strength of the U.S. dollar poses an obstacle to further gains in oil prices.

President Trump’s trade war with China, which is still in its early stages, has already battered the yuan. The dollar has gained more than 8 percent against the Chinese currency since March. As Reuters points out, in dollar terms the price of Brent oil has climbed 9 percent this year, but in yuan terms oil is now nearly 14 percent more expensive.

But it isn’t just the yuan that has been knocked down a peg or two by the greenback. The U.S. dollar index is at its strongest in a year, pushed along by steady rate tightening from the U.S. Federal Reserve and solid GDP growth.

There is a bit of a feedback effect at hand as well. As the Fed tightens rates and pushes up the dollar, emerging market currencies suffer from sudden shocks, sometimes severe. Argentina, Brazil, Turkey and South Africa have seen significant depreciation in their currencies this year. As capital flees some of these emerging markets and flows into safe-haven assets, such as the U.S. dollar, it only magnifies the divergence between the greenback and other currencies.

The problem for many emerging markets is that oil prices have been going up at the same time. Typically, oil prices trade inversely to the U.S. dollar. A stronger dollar makes oil more expensive to much of the world, so oil prices typically fall as the dollar rises. But the dollar and oil have been climbing in tandem for much of this year. This amplifies the pain for many consumers around the world.

Painful price increases threaten oil demand. To some extent, governments around the world are trying to cushion the blow through price caps, fuel subsidies, and currency support. Those market interventions from several countries could keep oil demand growth from diving too much, Bank of America Merrill Lynch said in a note in early June.

But those measures come at a huge cost to public coffers, and might not be enough to stave off demand destruction and/or economic slowdown. The hit to oil demand will be much larger than would be the case if the dollar had not strengthened. Dealing with a rise in oil prices is one thing, but for motorists in emerging markets to swallow double-digit price increases at the pump, driven by weakening currencies relative to the dollar, is an entirely different thing.

Even Donald Trump is a bit wary of the strengthening dollar, recognizing that it poses challenges to the U.S. economy. “I’m not thrilled,” Trump said in a CNBC interview last week “Because we go up and every time you go up they want to raise rates again. I don't really — I am not happy about it. But at the same time I’m letting them do what they feel is best.”

It’s an odd position, however, since Trump’s trade war with China is helping to push the dollar and the yuan in opposite directions. China’s central bank has also taken the opportunity to loosen its grip over the yuan, which will save it from having to blow huge sums of reserves to keep the currency fixed, as it did during the summer of 2015. Of course, the U.S. has complained to China for years, demanding less intervention to artificially suppress the value of the yuan. Now that the yuan is sinking, Washington isn’t pleased. “This really shows the folly of waging trade war,” said Zhang Bin, an economist at the Chinese Academy of Social Sciences, told the FT. “China wants to promote market-based reform [of the exchange rate]. Isn’t this what America has been hoping for?”

Because China is a voracious consumer of commodities, including crude oil, the compounding effect of a slowdown in the Chinese economy and a weaker yuan creates new headwinds for the oil market. In fact, even as oil prices suffered a correction over the past few weeks, prices have not continued on a downward trajectory, even as other commodities have suffered from a deeper rout. Copper, for instance, is down 18 percent since May. “A looming trade war and uncertainty about Chinese demand weigh on commodity prices and related currencies,” Georgette Boele, currency and metals strategist at ABN Amro Bank NV, told Bloomberg. “As long as there’s nervousness about China, commodities will remain exposed to the trade war.”

Commodity prices are often a key barometer for global demand, which is to say that the recent selloff has some analysts worried about the health of the global economy.

The oil supply outages in Venezuela, Libya and Iran could yet drive oil prices much higher. But the strength of the U.S. dollar is a major roadblock. If the supply outages do not materialize, there is much more room on the downside for oil prices.

Read the original article on oilprice.com.