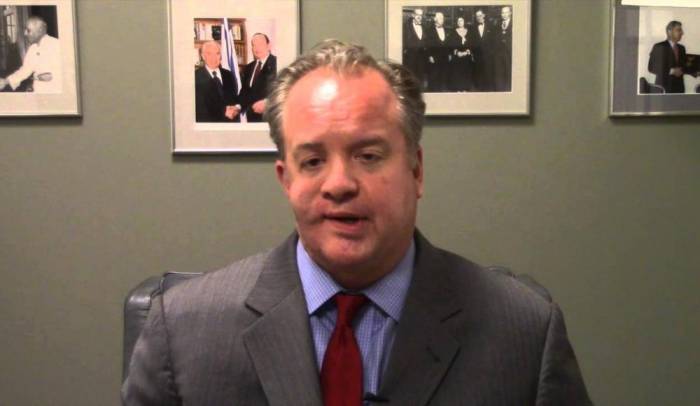 - The new law on the national character of the Jewish state is still very topic. Not only Israel, but Europe and the USA are also discussing it. How necessary was to adopt the law?

The law is an affirmation of Israel’s status as a Jewish state and a democracy with equal rights for its minority citizens. Israel’s role as the eternal homeland of the Jewish people has always been a core aspect of the country’s identity; the law does not change that.

- Do you agree that, as some say, the law on the national character of Israel might complicate the resolution of the Palestinian-Jewish conflict?

On the contrary, it is crucial to underscore the right of Jews to self-determination in their homeland; there can be no two-state solution without international acceptance of this key principle. The United Nations has affirmed the Palestinian right to self-determination many times, but pays little regard to the equivalent Jewish right. This law should facilitate, rather than hinder, a resolution of the conflict.

- How do you see the settlement of the Palestinian-Israeli conflict?

The key to a lasting settlement of the conflict is direct negotiation between the two parties over core issues, such as borders, refugees, security issues, water rights, and the status of Jerusalem. There can be no solution imposed by the UN or other outside parties. Similarly, sanctions or boycotts of Israel are an impediment to peace, because they disincentivize the Palestinians to negotiate.

- How do you assess the situation with antisemitism in the world?

Anti-Semitism is a growing problem around the globe. The problem has been most acute in Europe, where antisemitism has reasserted itself as a cultural virus and even gained potency in many respects. Today antisemitism often manifests itself in the form of virulent anti-Israel hatred that exceeds legitimate political discourse by incorporating traditional antisemitic motifs and by attempting to demonize and delegitimize the Jewish state, or apply double standards to it.

- What kind of work does B'nai B'rith do to curb cases of antisemitism?

Through its global advocacy before national governments and international organizations, B’nai B’rith works to increase awareness of the contemporary dimensions of antisemitism. We call on governments, organizations, and civil society to adopt constructive measures in the areas of law enforcement, hate crime monitoring, data collection, and education and training. We also call on public officials and civil society leaders to condemn and publicly stigmatize antisemitism.