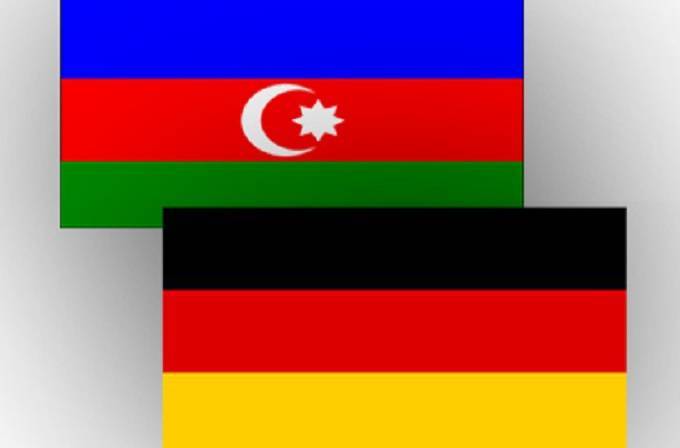 Azerbaijan is an important trading partner of Germany in the South Caucasus, the Deputy Chairman of the Christian Democratic Union of Germany faction Johann Wadephul said.

Wadephul said the two countries cooperate in many important projects, in particular within the Council of Europe. He noted that the economy of Azerbaijan is developing dynamically, in particular, great success has been achieved in the field of energy, which creates extensive opportunities for German companies.

The member of the German parliament also noted that the settlement of the Nagorno-Karabakh conflict is an important issue, adding that Germany's position is to solve this problem within the framework of international law.

Germany is ready to make efforts to resolve the conflict, he said.

Azerbaijani MP Khanlar Fatiyev said mutual visits play an important role in the development of relations between the two countries. He said that cooperation with Germany in the political, economic and humanitarian spheres is expanding.

Speaking at the meeting, Azerbaijani MP Asim Mollazade said this year marks the 200th anniversary of the establishment of the first German colony in Azerbaijan. The Germans, who once moved to Azerbaijan, live here under conditions of brotherhood and friendship.

Touching upon the Nagorno-Karabakh conflict, the MP said 20 percent of the Azerbaijani lands are occupied by Armenia. He also noted that Azerbaijan has chosen the path of democracy, adding that protection of human rights is a very important factor for the country.

During the conversation, the sides exchanged views on the development of relations between parliaments, in particular at the level of friendship groups, the expansion of effective cooperation within international organizations.