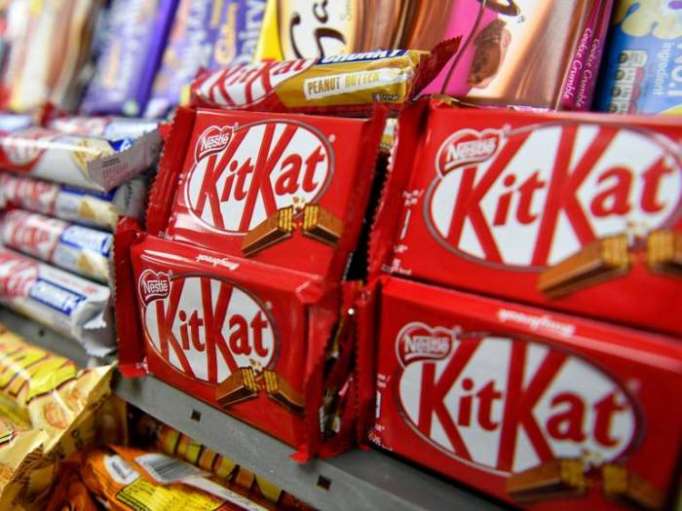 Nestle, the world's largest food company, has joined the trend for personalized nutrition with a blend of artificial intelligence, DNA testing and the modern obsession with Instagramming food.

The program, which began in Japan, could provide the Swiss company with a wealth of data about customers' wellness and diet as it pivots towards consumers who are seeking to improve their health and longevity.

In Japan, some 100,000 users of the "Nestle Wellness Ambassador" program send pictures of their food via the popular Line app that then recommends lifestyle changes and specially formulated supplements. The program can cost $600 (£463) a year for capsules that make nutrient-rich teas, smoothies and other products such as vitamin-fortified snacks.

A home kit to provide samples for blood and DNA testing helps identify susceptibility to common ailments like high cholesterol or diabetes.

"Most of the personalised approach is driven by smaller companies, that's why it was fairly limited," said Ray Fujii, a partner at LEK Consulting in Japan. "Nestle is taking a further step. They're trying to figure out the algorithm between the test results and the genetic information and what they recommend as a solution. If they could do it, it's a very big step."

Nestle's program is part of a change in direction for the 152-year-old company, which sold off its US candy unit this year amid falling demand for sugary treats. Nestle has made a spate of investments targeted at healthier options including vegetarian meal maker Sweet Earth Foods and meal-delivery service Freshly. The company bought Canadian dietary supplements maker Atrium Innovations in March for $2.3 billion (£1.8 billion), its biggest medical-nutrition purchase in more than a decade.

"Health problems associated with food and nutrition have become a big issue," said Kozo Takaoka, head of the company's business in Japan, in an interview in Tokyo. "Nestle must address that on a global basis and make it our mission for the 21st century." He said the wellness segment could eventually account for half of Nestle's sales in Japan.

The investments come with the burgeoning interest in so-called nutraceuticals -- food-derived ingredients that are processed and packaged as medicine or wellness aids -- among consumers that are increasingly sceptical about mass products. Nestle employs more than a hundred scientists in areas including cell biology, gastrointestinal medicine and genomics at the Nestle Institute of Health Sciences and has been developing tools to analyse and measure people's nutrient levels.

"Decades in the future, all companies will probably have to be doing it," said Jon Cox, an analyst at Kepler Cheuvreux. "The industry has probably had a setback as consumers also want natural and less processed products while adding supplements is seen as artificial or creating Frankenstein food."

Some nutritionists are sceptical that tailored diet plans based around supplements are useful and that they may have more of a psychological effect than a medical one.

"Nestle's program is designed to personalise diets in ways unlikely to be necessary," said Marion Nestle, a nutrition professor at New York University who isn't linked to the KitKat maker. "If we think something will make us healthier, we are likely to feel healthier."

One of the early adopters among the food companies was Campbell Soup Co, which invested $32m (£24.7m) in 2016 in San Francisco-based start-up Habit, which uses DNA and blood profiles to make diet recommendations, as well as offering nutritional coaching and tailored meal-kits.

Big Food is tapping expertise in AI and genetics to navigate a sea change in the way consumers make choices, which has upended businesses from transportation to television.

"In the 21st century, innovation is using the internet and AI to solve problems that our customers didn't realise they had, or problems they had given up on," said Mr Takaoka, who is famous in Japan for making the KitKat chocolate wafer an iconic local snack by adding green tea and other flavours.

He said big consumer companies can no longer rely on the power of their brands to woo a generation that grew up with e-commerce.

"They just search for things, they don't pick the brand," he said. "When people talk about brand marketing, I'm just thinking 'what's that?'"

Hitomi Kasuda, a 47-year-old freelance writer, says drinking Nestle's kale smoothie and other health drinks as much as four times a week helps her feel better about not eating enough vegetables. She gave up using the chat function on the app, but said she is keen to get the DNA test.

"There's probably a lot of things I don't realise about my health that I can discover in a blood and genetics test," said Ms Kasuda, who lives south of Tokyo in Yokohama. "Even if I feel healthy, I'd like to know more about the quality of my health."

In his 2016 book "Nutrition for a Better Life," former Nestle chief Peter Brabeck-Letmathe proposed that personalised diet and health programs were the future of nutrition. "Using a capsule similar to a Nespresso, people will be able to take individual nutrient cocktails or prepare their food via 3-D printers according to electronically recorded health recommendations," he wrote.

"We're getting consumer buy-in because we live in a hedonistic, me-first kind of world," said Peter Jones, a nutritional scientist at the University of Manitoba in Canada. "This is going to be the manifestation of the future. The one-size-fits-all platform is a thing of the past."