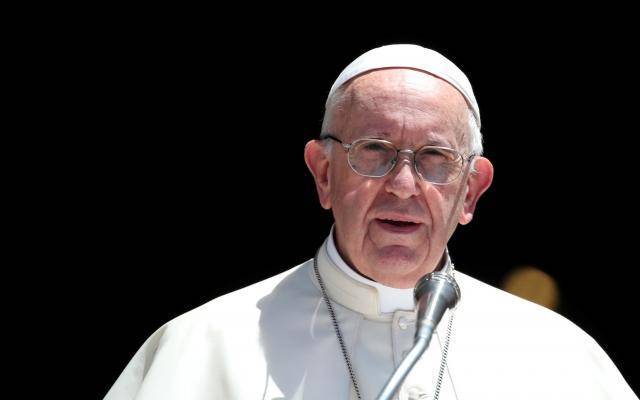 The Pope praised human sexuality and decried pornography in a speech to young French Catholics. Last week, he stated that Satan attempts to attack Catholic bishops so as to "scandalize the people," responding to a raft of sexual scandals that have been rocking the Church, Sputnik reported.

Sex is a gift of God and people express love both in spiritual and physical dimensions, Pope Francis told an audience in France, according to the Catholic news website Crux.

Marital sexual relations between a man and woman are "a gift that the Lord gives us," the Pope told young Catholics in the diocese of Grenoble-Vienne on Monday, claiming that human sexuality is designed so that couples could love one another and create life. "It is passion, it is passionate love. True love is passionate," he said.

The Pontiff acknowledged that human weakness or spiritual failings can lead people to express their sexuality in a way that is "detached from love and used for amusement," claiming that it runs counter to "the very beautiful way" it was intended to be.

His Holiness Francis went on to condemn pornography as being part of an "industry of lies" and urged young people to "safeguard" their sexuality and "prepare for that love" that will be part of their entire lives.

His comments were seen as controversial by many netizens; some of them raced to Twitter to recall the recent sexual abuse cases in the Catholic Church.

The Pope's statement came on the heels of his September 11 speech at a mass in the Vatican, in which he insisted that the "Great Accuser" — Satan — was seeking to attack bishops. "He tries to uncover the sins, so they are visible in order to scandalize the people," he said, apparently referring to the sexual abuse crisis which had engulfed the Catholic Church in recent times.

In one of the latest scandals, a study in Germany revealed last week that thousands of minors had been sexually abused by the local Catholic clergy over a 70-year period. The study, conducted by three universities, detailed 3,677 cases of child sexual abuse between 1946 and 2014, perpetrated by 1,670 clerics and priests.

This came shortly after His Holiness himself came under fire after Archbishop Carlo Maria Vigano accused him and other top-level prelates of covering up the sexual abuse of seminarians by Cardinal Theodore McCarrick, who resigned from the College of Cardinals in July over sexual harassment allegations. According to Vigano, he informed Pope Francis about McCarrick's sexual misconduct in June 2013 but the Pope did nothing to address the problem.

Another sexual scandal rocked the US Catholic Church in August, when a Pennsylvania grand jury accused more than 300 "predator priests" of child sex abuse after an investigation, largely based on secret church archives from six dioceses. More than a thousand victims who were abused as children were identified, with rape and molestation cases dating as far back as 1947.