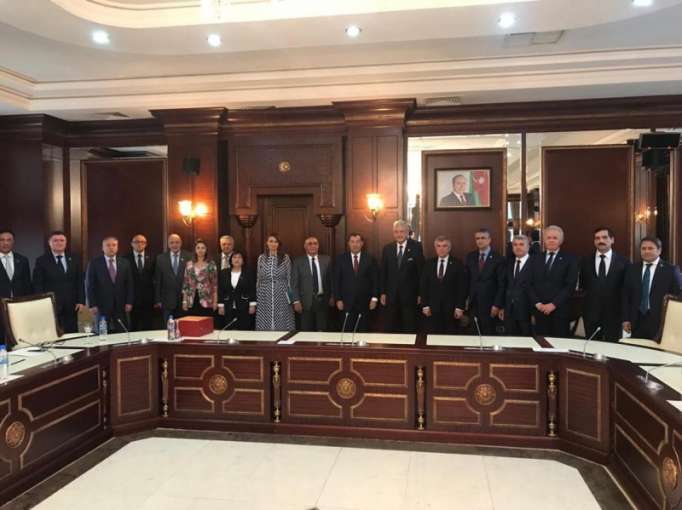 The chairman of the parliamentary committee touched upon the Azerbaijani-Turkish relations and spoke about the continuously developing relations between the two countries in political, economic, trade and other spheres.

Seyidov noted that the joint global projects implemented by the two countries, including the Baku-Tbilisi-Ceyhan, TANAP, Baku-Tbilisi-Kars projects, are very important.

Seyidov said that Turkey and Azerbaijan have always supported each other, and today they also stand together. A good example of this is the participation of Turkish President Recep Tayyip Erdogan on September 15 in a magnificent military parade dedicated to the 100th anniversary of the liberation of Baku.

Bozkir noted that the Turkish-Azerbaijani relations of friendship and brotherhood are developing successfully in all spheres. Bozkir expressed his confidence that the relations between the two countries will develop in the future.

Bozkir added that he was pleased with the fact that he had made his first official visit to Azerbaijan.

The members of the committees who took part in the meeting also spoke about friendly and fraternal relations between Azerbaijan and Turkey.

The Deputy Minister of Foreign Affairs Ramiz Hasanov, First Deputy Chairman of the Parliament of Azerbaijan Ziyafet Askerov and the Chairman of the Azerbaijan-Turkey Inter-Parliamentary Friendship Group Ahliman Amiraslanov also conducted meetings with the delegation led by Bozkir.