3 killed in shooting at Rite Aid distribution center in Maryland 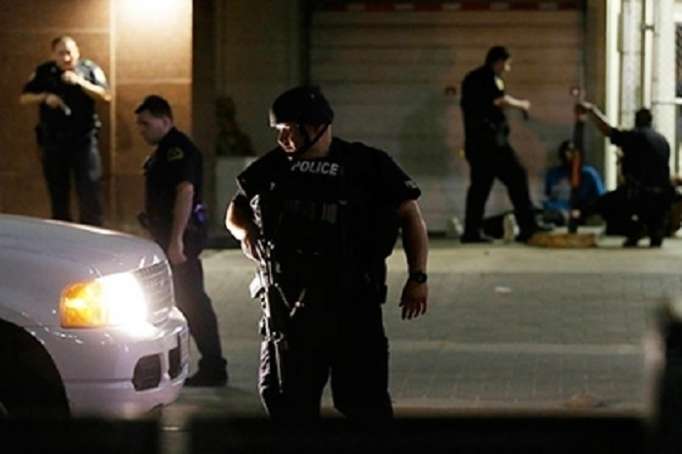 A law enforcement official who had been briefed on the incident provided the casualty toll for CNN. The fate of the shooter was not clear.

The shooting occurred at a Rite Aid support facility about 30 miles northeast of Baltimore. "What I understand is the location is secure," said Rite Aid spokeswoman Susan Henderson. Roughly 1,000 employees work there.

"The distribution center is where products are received and processed for delivery," she said. "The shooting happened adjacent to the primary building."

Colleen Hendrickson, who lives and works in the area, said she was waiting on the bus when someone told her there had been a shooting nearby.

"I, of course, thought it was far off or, that's like down the road or something, right?" she told CNN affiliate WJZ. "No, it's right outside. It's right on the doorstep."

She saw emergency vehicles, including ambulances, and helicopters, which were out of place for the "sleepy" part of the county, she said. The area is home to many warehouses and plants, some belonging to major brands, including makeup and bleach companies.

"It's really just usually very calm, and this is the most chaotic I've ever seen it," she told the station. "It's very scary when it's just right there on your doorstep because you can see a billion news reports about shooters, about emergency instances, and it still doesn't make it real to you."

People were being asked to avoid the area just outside the city of Perryman. Homes, churches and a cemetery are in the vicinity. Railroad tracks run alongside a business park.

The Bureau of Alcohol, Tobacco, Firearms and Explosives sent agents from Baltimore. The FBI's Baltimore office is also assisting.

"We are closely monitoring the horrific shooting," Gov. Larry Hogan tweeted. "Our prayers are with all those impacted, including our first responders. The state stands ready to offer any support."

This marks the third mass shooting in the country in the span of a day. A shooting at an office complex in Middleton, Wisconsin left three people injured Wednesday, and a gunman injured four people at the Masontown Borough Municipal Center in Pennsylvania later in the day.

Police killed the shooters in both Wednesday incidents.


More about: Maryland   shooting   US