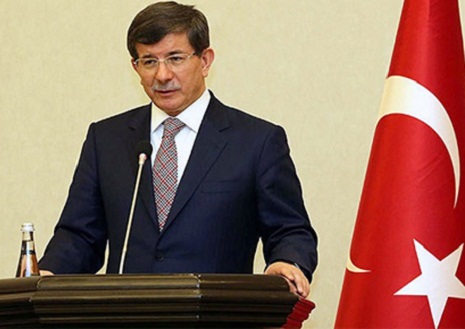 Schulz remarked that he had not attended the session and underlined that he knew and understood Turkey’s reaction, still according to prime ministry sources.

Davutoglu stressed that Turkey’s accession to the EU and the bilateral relations could be damaged after this "baseless" resolution.

The European Parliament adopted on April 15 a resolution that recognized the 1915 events affecting Armenians as "genocide."

The European Parliament first recognized the 1915 events as "genocide" in a 1987 resolution, which the parliament recalled in a vote Wednesday - the centenary of the 1915 events.

The vote came a day after the European Union urged Turkey and Armenia to normalize their relations following a spat prompted by remarks of Pope Francis over the 1915 events.

Turkey`s official position against allegations of "genocide" is that it acknowledges the past experiences were a great tragedy and that both parties suffered heavy casualties, including hundreds of Muslim Turks.

Ankara agrees that there were Armenian casualties during World War I, but says that it is impossible to define these incidents as "genocide.”

The Turkish government has repeatedly called on historians to study Ottoman archives pertaining to the era to uncover what actually happened.