What is the difference between South America and Latin America? - iWONDER 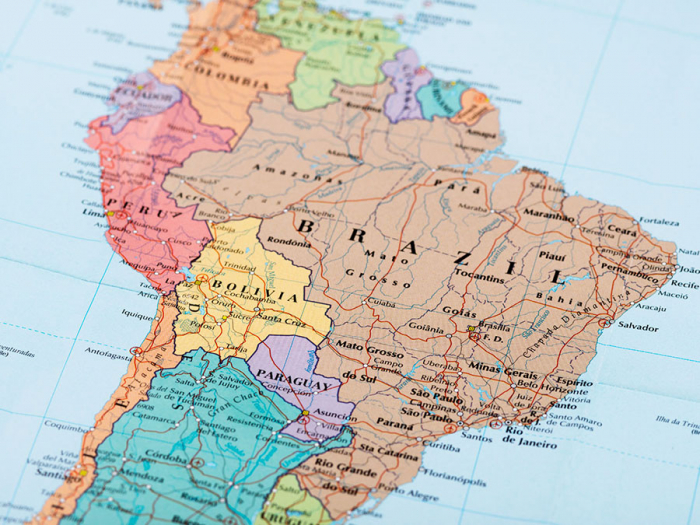 Christopher Columbus thought that he had found a shortcut to Asia when he reached terra firma in the Caribbean in 1492, but 10 years later Amerigo Vespucci realized the lands in question constituted a New World, at least for Europeans.

As a result, the bulk of the Western Hemisphere was named in Vespucci’s honor. Originally, the name America was used to refer only to the southern portion of the landmass, but in time the designation was applied to the whole of the New World. Today, people still have trouble sorting out their Americas, especially when it comes to the terms South America and Latin America. Here’s the difference.

Clear enough, right? However, it can get confusing because some authorities say that North America begins not at the Isthmus of Panama but at the Isthmus of Tehuantepec. They call the region between those two points Central America. Under that definition, however, part of Mexico is included in Central America, although that country lies mainly in North America proper.

To address this glitch, all of Mexico, along with Central and South American countries, also may be grouped under the name Latin America, with the United States and Canada being referred to as Anglo-America. Latin America also includes the islands of the Caribbean whose inhabitants speak a Romance language (see List of countries in Latin America).

This cultural division is a very real one. The peoples of Latin America shared the experience of conquest and colonization by the Spaniards and Portuguese from the late 15th through the 18th century. They also shared the struggle for independence from colonial rule in the early 19th century. Following independence, many of these countries experienced similar trends, but there are also significant social, cultural, and economic differences between them despite their common heritage.

Although Latin America also includes countries whose heritage is predominantly French, the Spanish and Portuguese elements loom so large in the history of the region that it is sometimes proposed that Iberoamerica would be a better term than Latin America. Latin seems to suggest an equal importance of the French and Italian contributions, which is far from the case. However, having just gotten a handle on the difference between South America and Latin America, maybe we should leave well enough alone.