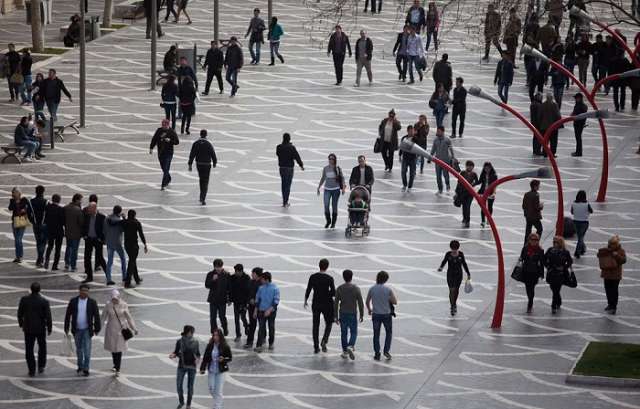 Azerbaijan's population reached 9,950,512 as of September 1, according to the State Statistical Committee.

Official figures show that the number of the country`s population has grown by 52,427 people since the beginning of the year.

The population density is 115 people per a square kilometer, the committee said.