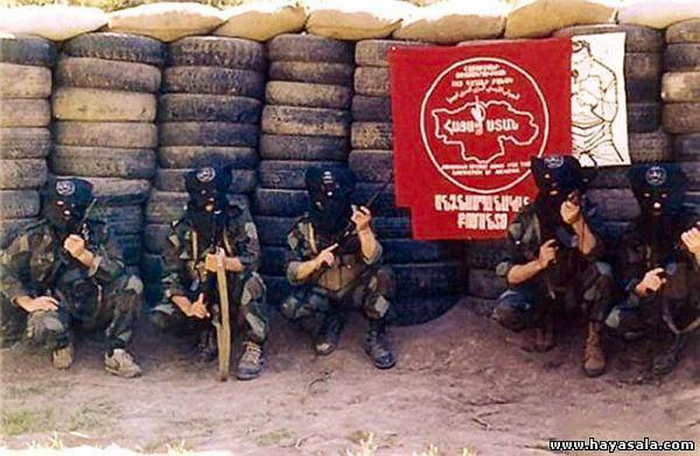 It's no secret Armenian terrorists worked in conjunction with other terrorist groups, particularly the Palestine Liberation Organization (PLO). On this page, we'll examine how these different terrorist groups or individuals interacted.

ASALA Bigwig Hagopian with Israeli Blood on His Hands?

New York NY—Hagop Hagopian alias Mihran Mihranian and 'Mojahed' is said to have taken part in the terrorist attack on Israeli athletes during the 1972 Olympic Games held in the West German city of Munich, according to published reports in the French press.

Le Matin the influential Paris daily, based on unidentified sources, claimed last week that Hagop Hagopian, the founder and leader of one faction of the Armenian Secret Army for the Liberation of Armenia (ASALA), was among the Arab terrorists who staged an attack on the living quarters of Israeli athletes at the 1972 Olympic Games. The attack was later referred to as the “Munich Massacres," as the result of the killing of a number of these athletes. In this connection, there have been consistent reports that Mr. Hagopian was first active in the Palestine guerilla cause and then in 1975 founded ASALA with the cooperation of a few Armenian young men in the Lebanese capital of Beirut.

The French paper identifies Mr. Hagopian as Bedros Ohanesian, an Armenian who was born in the Iraqi city of Mosul. He is described as 38 years old, short, on the heavy side and with a dark complexion. The paper said Hagopian’s mother was not Armenian, making him only half Armenian. Le Monde added that up to 1982, Hagopian operated out of Beirut, Lebanon, but escaped from the country when Israeli forces entered the city. It was about this time that a statement issued by ASALA claimed that Mr. Hagopian was dead of wounds suffered during a bombing by the Israeli Air Force, although it is generally believed that the mysterious leader is alive and well and presently is residing alternately in Damascus, Syria, and Athens, Greece. The paper also noted that the socialist government of Prime Minister Andreas Papandreou and his P.A.S.O.K. panty accepted the Armenian underground leader with “open arms’ and are stilling providing him with assistance simply because of Greece’s traditional enmity with Turkey.

Le Matin further adds that ASALA derives only a small portion of its expenditures from wealthy Armenians who support the cause, with the rest coming either from other sources on from proceeds of an involvement in drug trafficking. The paper asserts that Bulgarian authorities also assist ASALA in obtaining all types of weapons that are used against Turkish targets and diplomats.

Carlos and the Armenians

Carlos, the notorious international killer, surfaced on Spanish television recently in an interview filmed at a Colombian hide-out. The Venezuelan fugitive was allegedly the brains behind numerous terrorist spectaculars, including the massacre of Israeli athletes at the 1972 Summer Olympic Games in Munich.

Apparently having forsaken the beleaguered Palestine Liberation Organization, Carlos has become involved with Armenians seeking to avenge the genocide suffered by their forebears at the hands of the Turks. In the interview he told viewers, “We have links with the Armenian terrorist organizations. We help each other in every way and we collaborate closely.’ 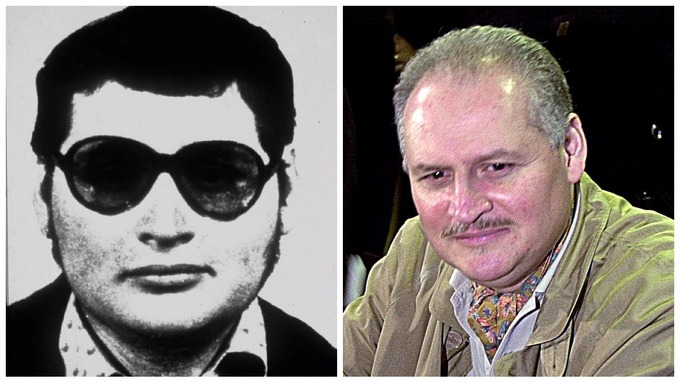 With characteristic immodesty, Carlos also claimed that his operatives totally control the South American drug traffic. He insisted that dealing narcotics should not be considered a crime because Americans need drugs to cope with their lives. His primary motive, however, seemed to be raising money to finance his revolutionary activities. Drug dealing, Carlos said, “is our most effective weapon, we can say it is our nuclear weapon. The narcotics trade enables us to continue our struggle against imperialist forces.’

It seems his new colleagues did not approve. “My Armenian friends at first disagreed with me on this issue and they resisted me,’ he explained. “I was even tried before a court they set up, but I was found innocent.’ If Armenian extremists have in fact embraced Carlos, it may bring them more headlines, but little else. Carlos’ previous clients have nothing to show for his alleged efforts on their behalf.

Insurgents, Terrorists and the Drug Trade

Armenian terrorists operate in numerous countries, but they frequently are based in Lebanon, especially Beirut, where members of the Armenian community figure prominently~in the drug traffic. As the French press recently assented, it seems likely that at least some of these drug profits find their way into terrorist coffers.

In 1980 Noubar Sofoyan, an Armenian drug smuggler with Lebanese citizenship, was indicted in the U.S. for heroin smuggling. Sofoyan had been arrested in Switzerland in 1976 for allegedly helping fund right-wing Armenian terrorists who bombed a Turkish installation in Zurich. In 1981 he was arrested in Greece on drug changes, but extradited to Lebanon where he was released, most likely because of pressure exerted on the Minister of Justice.

Also in 1981, Swedish police arrested a group of Armenian narcotics smugglers who were also in possession of documents and publications linking them to a leftist Armenian terrorist group, the Armenian Secret Army for the Liberation of Armenia (ASALA). The smugglers were also linked to Armenian traffickers in the United States. Although the Swedes were never able to prove that the arrested traffickers had passed money to terrorists, ASALA issued several threats against Swedish interests on behalf of the jailed drug dealers and may have been behind an unsuccessful attempt to help one of them escape custody.

In early 1983 the Turkish press, citing Interpol sources, claimed that nine kilograms of heroin seized on Cyprus belonged to a Greek smuggling ring that helped fund ASALA. The Turkish press also claimed that one of the ASALA terrorists who participated in the June 1983 attack on the Istanbul covered bazaar, later hid at the home of a drug smuggler.

Source- BEIRUT, Lebanon—A leftist Armenian group earlier in the week, declared full support for Jihad Islami, an extremist organization that has claimed several anti-Armenian (sic) bombing attacks and gun-point abductions in Lebanon oven past few months. The Armenian Secret Army for the Liberation of Armenia (ASALA), expressed its support for the radical Lebanese group for its revolutionary activities in a statement which was distributed to Western wine services here. The statement said Jihad Islamic organization, which translates as “Islamic Holy War,” with its revolutionary activities “has brought new momentum to the righteous struggle of oppressed people of the Middle East and the struggle for the liberation of Western Armenia from the fascist Turkish regime.” The statement said the struggle for the liberation of Armenian lands was an inseparable part of the righteous struggle of the Armenian people.

“Jihad Islami” is believed to have been composed of radical Shiite Moslems, who are loyal to Iran’s Ayatollah Khomeini. The group has also maintained close links with other such radical organizations, including the “party of God” which has claimed the bombings of the U.S. Embassy first in West Beirut, and then in East Beirut.

Links Between Armenian and Islamic Terror

BEIRUT, Lebanon (AP)—The terrorist group Islamic Jihad, which claims to hold six Americans and four Frechmen hostage in Lebanon, said today it would carry out more kidnappings and suicide bombings against Americans in 1986. The shadowy group, believed to be made up of Shiite Moslem zealots loyal to Iran, also threatened in an English-language statement to strike at Israeli targets “all oven the world.”

The statement, mailed to a western news agency in Beirut, said the group’s high command made a decision to continue the attacks at an extraordinary Nov. 25 meeting. It did not say where the meeting was held on provide any more details about it.

It singled out Turkey as a “tool for implementation” of Israeli and U.S. policies in the Middle East and threatened terrorist attacks against Turkish embassies in Lebanon, Iraq, Iran, Egypt, Libya, West Germany, Austria, and France.

It warned Turkey to “stop supporting the U.S. and Israeli policies, to cut short its own subversive activities against the Arab nations, and liquidate the spy dens at its embassies, subsidiaries of the C.I.A. and the (Israeli Secret Service) Mossad.”

The statement did not list any specific Turkish activities.

“The High Command of the Islamic Jihad organization decided: The merciless punitive operations against American imperialism will continue until the United States stops interfering into the home affairs of the Arab nations and supporting the Israeli aggressors,” the statement said. It said, “punitive operations against the Israeli marauders terrorizing the Palestinian and Lebanese peoples will continue not only in the occupied Arab lands but they will spread all oven the world.

“The bomb attacks, the kidnappings and the assassinations of terrorists from over the ocean (overseas) will continue,” it said. “The terrorist Reagan must know that other American embassies and warships will be blown out like the American Embassy and the marine headquarters in Beirut. The partial withdrawal of American personnel from Beirut won’t mislead us on save them.”