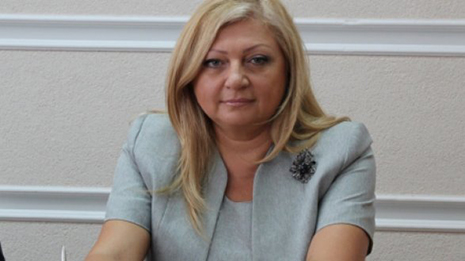 The statement came from chairman of the United Diaspora of Ukrainian Azerbaijanis (ODAU) Hikmet Javadov. According to him, the primitive reaction of Armenian nationalists to the personal opinion of the Ombudsman of Moldova proves that Armenia has no place among civilized nations.

"If the international community keeps silent now, irreparable events may occur tomorrow”, Javadov said. According to him, there is a real danger that the Armenian nationalists can carry the attack against A.Grigoriu.

"The term `Armenian terrorism` is well known in the world because Turkish and Azerbaijani diplomats, civilians around the world were the victims of Armenian terror. But these terrorists are called the Armenia national heroes. Thus, for example, Armenians consider Soghomon Tehlirian, the murderer of the former Minister of Internal Affairs of Turkey, Talaat Pasha, and Gourgen Yanikian who committed the brutal murder of Turkish Consul General in Los Angeles, Mehmet Baydura and vice-consul Bahadur Demir their national heroes. And no one can guarantee that Aurelia Grigoriu openly declared the enemy of Armenian people won’t be the next victim”, Javadov said.

Moreover, he believes that the moral terror imposed on the Ombudsman of Moldova proves that official Yerevan is not configured for a just settlement of the Armenian-Azerbaijani Nagorno-Karabakh conflict, and Armenian nationalists could subject to terror anyone who calls on Armenia to respect international law and declares the inadmissibility of the continuation of occupation of Azerbaijani lands.

"In this connection I cannot but recall that from January 1, 2013 OSCE is led by Minister of Foreign Affairs of Ukraine Leonid Kozhara. He has already stated that the resolution of frozen conflicts in the OSCE area is one of the priorities of Ukrainian presidency in the organization, and Ukraine will make every effort to achieve a positive trend in this direction. Official Yerevan is not interested in resolving the Armenian-Azerbaijani Nagorno-Karabakh conflict. Therefore, I do not rule out that the Armenian nationalists may insert the same terror on Ukrainian diplomats like they did to the Moldovan ombudsman”, Javadov said.

According to him, to prevent this, now the international community must condemn the official Yerevan for the terror against the Moldovan ombudsman. "After Yerevan treated Aurelia Grigoriu this way, it is necessary to put the question of the appropriateness of Armenia’s presence in the Council of Europe, PACE, UN. After all, the ombudsman was pursued only for saying the truth in this country”, Javadov said.