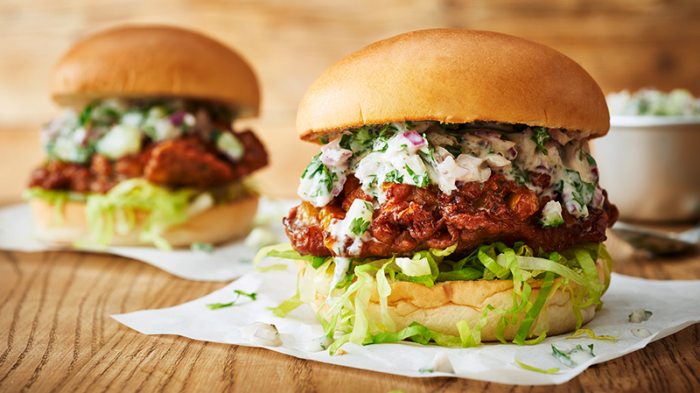 Many meat-free burgers contain levels of salt that are far higher than the recommended guidelines, health campaigners have warned, the Independent reported.

According to Action on Salt, a group of health specialists based at Queen Mary University in London, meat-free burgers often contain more salt than burgers made with real meat, despite being widely regarded as “healthier” alternatives.

The researchers also analysed the packaging of 157 meat-free products, coming to the conclusion that many meat alternatives, including meat-free burgers, sausages and mince, are “concealing” the levels of the salt that they contain.

Following on from their research, Action on Salt is urging Public Health England (PHE) to address the high levels of salt found in meat-free products.

The government recommends that adults and children in the UK consume no more than 6g of salt a day.

Graham MacGregor, professor of cardiovascular medicine at Queen Mary University and chairman of Action on Salt, explains the importance of cutting down on one’s daily salt intake.

“Reducing salt is the most cost-effective measure to reduce the number of people dying or suffering from entirely unnecessary strokes and heart disease,” he says.

“Given the vast amounts of strokes and heart disease that could be avoided and huge savings to the NHS, it is incomprehensible that Public Health England are not doing more to reduce the amount of salt in our food.

“We are calling PHE to take urgent action.”

Professor Louis Levy, head of nutrition science at PHE, has stated that the government is committed to reducing salt intake across the nation.

"Our salt consumption has decreased over the last decade, but there is still a long way to go, as some foods still contain too much salt," Professor Levy says.

"Government has been clear with the food industry on the importance of meeting the 2017 salt targets.

"Since taking over salt reduction, PHE has been collecting data on industry's progress and we'll report later this year as planned."