Minister: Changes in tax legislation to cover five areas in 2019 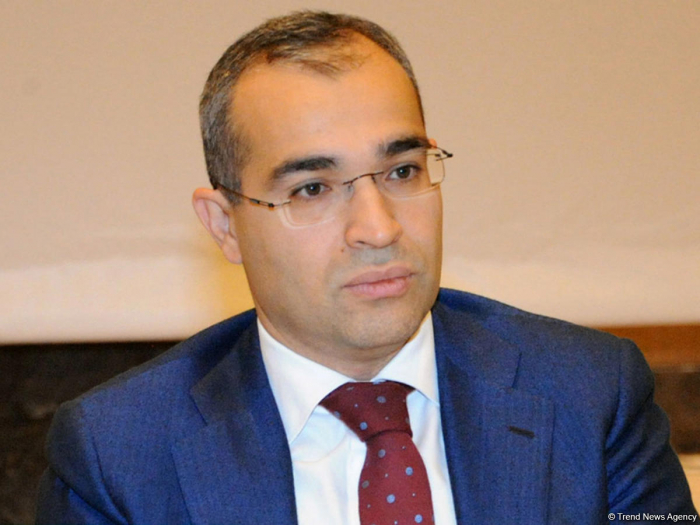 Jabbarov made the remarks during the discussion of the draft changes in tax legislation at a meeting of the parliamentary committee on economic policy, industry and entrepreneurship.

The first direction is to support entrepreneurship, which is important for supporting economic development and empowering taxpayers.

“The second direction will be the reduction of the scales of the “shadow economy” and ensuring of the transparency of the economy,” he said, adding that all participants in economic activity must comply with the requirements of the laws in accordance with the principle of equal rights. “The elimination of this problem contributes to the prevention of inequality in this area.”

“In general, revealing of economic factors and their development can also ensure the country's competitiveness in the medium and long term,” the minister said.

Jabbarov called the expansion of the taxable base as the third direction, while the use of tax incentives to increase economic efficiency as the fourth direction.

The modernization of tax administration will be the fifth direction.

Speaking about the changes proposed in the Tax Code, the minister stressed the reduction in interest rates of existing taxes levied on the salaries of citizens working in the non-oil and private sectors.

A 100 percent income tax relief is offered for citizens whose salary is 8,000 manats, the income tax for individuals whose income over 8,000 manats will be set at 14 percent.

Currently, there are two types of payments related to salaries in the country, namely, income tax and deductions carried out by individuals for compulsory social insurance.

"The unified administration of these payments is required,” he said. “This greatly simplifies this process for employers. While carrying out this reform, the country loses a certain part of its income.”

“However, after this reform is carried out, the volume of the “shadow economy” is expected to decrease,” he said. “Informal employment is expected to be eliminated. Economic activity, especially in the private sector of the non-oil sector, is expected to be revived and accelerated. The citizens' rights are expected to be fully guaranteed. This is a very significant, fundamental change and will actually cover every employee working in the non-oil, non-state sector."

To ensure the economic attractiveness, these benefits will be long-term for a period of seven years.

Currently, the income tax rate is 14 percent from income of up to 2,500 manats per month. Above this amount, the tax rate is 25 percent.

According to the amendments, the amount not subject to income tax increases from 173 manats to 200 manats. As opposed to the previous amendment, this will apply to all sectors, including the oil and gas sector.

If the employee’s monthly salary is 200 manats, the structure of social insurance contributions will remain at the current level: the employee pays three percent of the salary, while the employer pays 22 percent.

These changes also affect those working in the private sector and not engaged in the oil and gas sector. At the same time, the Ministry of Taxes will take over the control over social security and unemployment insurance payments.

The term of tax benefits issued in agriculture is proposed to be extended by five years from 2019.

Following the discussion, the draft amendments to the Tax Code were recommended for consideration during the plenary session of the Azerbaijani parliament.