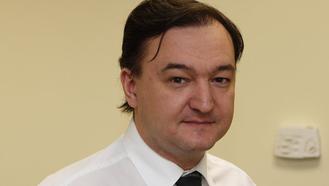 The United States on Thursday condemned Russia`s conviction of deceased whistleblowing lawyer Sergei Magnitsky on tax evasion charges, calling the case a "discredit" to efforts to bring Russian officials he accused of a $230 million tax fraud to justice.
“We are disappointed by the posthumous criminal conviction against Sergei Magnitsky,” US State Department spokeswoman Jen Psaki told reporters in Washington. “The trial was a discredit to the effort of those who continue to seek justice in this case.”

A Moscow court on Thursday found Magnitsky guilty of tax evasion, a conviction that came more than three years after he died in disputed circumstances while in pretrial custody. His former boss, Hermitage Capital CEO William Browder, was convicted in absentia of tax evasion and handed a nine-year sentence Thursday.

Prior to his detention and subsequent death in a Moscow jail in November 2009, Magnitsky claimed that a group of Russian law enforcement and tax officials had swindled the Russian federal budget out of $230 million in a phony tax scheme. His supporters claim he was jailed and tortured to death in retribution, allegations that Russian authorities deny.

Browder, a US-born British citizen, has lobbied Western governments to pressure the Kremlin over the case, resulting in the Magnitsky Act, a US law enacted in December that bans Russians purportedly tied to the lawyer’s death and other alleged rights abuses from entering the United States, and which freezes their US assets.

Psaki said Thursday that the United States continues “to call for full accountability” for the individuals it considers complicit in the tax fraud and Magnitsky’s death.