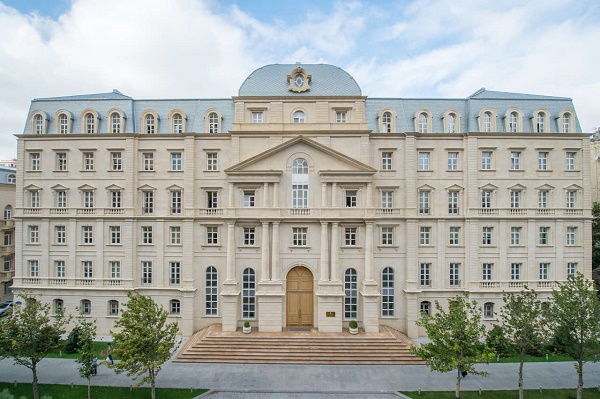 The words said by Azerbaijani Finance Minister Samir Sharifov Dec. 4 during an interview on a state TV channel over the strengthening of the manat are quite clear, and interpreting them as a devaluation announcement is either a conscious provocation or an amateur approach, spokesman for the Azerbaijani Finance Ministry Mais Piriyev told on Dec. 7.

He noted that some “experts” and “economists”, by isolating a certain part of the context, consciously or unconsciously on social networks and on a number of websites tried to distort the essence of what was said by the minister.

Piriyev said that however, the controversial and provocative attitude towards the minister’s words in connection with the strengthening of the manat several days after the 2019 budget was discussed by an experienced politician and member of the economic policy, industry and entrepreneurship committee of the Azerbaijani parliament Vahid Ahmadov is regrettable.

“During the speech, the minister noted that a sharp, excessive strengthening of the manat rate affects the activities of domestic producers, creates attractive conditions for imports, which is not in the interests of the Azerbaijani state,” Piriyev said. “That is why a new fiscal rule has been adopted as part of targeted economic reforms carried out in recent years under the leadership of Azerbaijani president, so that through this rule the state would regulate sales of foreign currency revenues from the oil sector in the domestic currency market within the frames established by the state budget.”

“That’s because even greater use of excess oil revenues creates pressure for strengthening of the manat rate, and this, as the minister noted, negatively affects exports, leads to an increase in imports, which is unprofitable for national production, including those involved in exporting,” Piriyev noted. “Therefore, to eliminate these negative impacts, state budget expenditures should be kept within the established framework.”

He stressed that the achieved macroeconomic stability and its preservation in the future are related precisely to the observance of the fiscal rule, state support for the monetary policy pursued by the Central Bank of Azerbaijan. All this currently provides and will ensure stability of the manat rate, he said.