A conference on so-called ``genocide`` kicks off 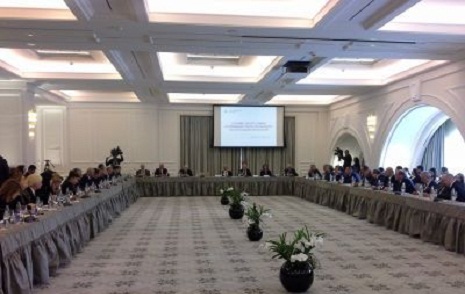 By organizing New Azerbaijan Party and Embassy of Turkey to Azerbaijan a conference titled `` From so- called ``Armenian Genocide`` till Khojali Genocide`` has today held.

Deputy executive secretary of the New Azerbaijan Party Mubariz Gurbanli made an opening speech at the conference.

``According to the Azerbaijani National Leader Heydar Aliyevв`s Order a number of conferences, events have been held over ``Armenian lies``. Azerbaijan and Turkey have done significant works for disclosing Armenian doishonesty. Despite all of these Armenians do not give up perverting the history. Today we will discuss these issues." told Mubariz Gurbanli.