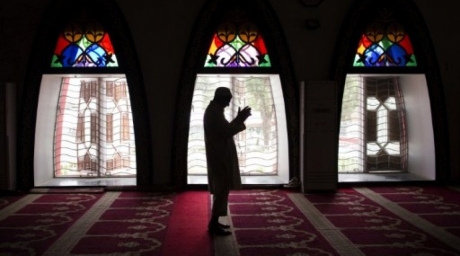 Today, Europe faces a moral decline. One of the most important reasons of this phenomenon is the loss of traditional values and their replacement by artificial models that do not serve the majority`s interests.
The modern Europe does not even reflect the classic Western values that existed for so many centuries. It appears that as the third wave of democracy has took place due to interference into the principles of society, people`s private life and family values, it eventually transformed the West in the region with the loss of the core elements from the past. As a result, the transformation phase has created artificial value indicators for the West. This is primarily demonstrated in the family values.

Historically, family traditions were strongly regulated and preserved in Europe. Family was considered to be robust and sound foundation. The divorce cases were regarded negatively. Social condemnation was a benchmark for all families. Society was the main criterion for each family. Catholic rules were as sharp as Sharia laws against violators of family values. Puritanism in the Middle Ages was based on a conservative respect for the relationship between husband and wife.

In the West, the most important trend in the modern age is the so called "Gay Europe". The position of sexual minorities is considered dominant in the society. If not so, today, the EU membership, which is considered Europe`s successful model for integration, would not have put forward the fundamental membership requirement as respect to sexual minorities. The strengthening of sexual minorities` position in the European society started after the 50s of the last century. Sexual minorities were treated just tolerantly in the initial stage. Then their number increased among people engaged in entertainment industry and the arts. Media and television particularly has played a significant role in representing this feature as a Western characteristic. The result did not make you wait. Today, the members of sexual minority are at the forefront of all layers of society in Europe, including politicians. In fact, the parties that are representing them do have claims to even influence the elections in certain countries. A valid question may arise: Is it something surprising? All people possess equal rights based on democratic principles. In this case, there is a contradictory paradox. According to opinion polls in various countries in Europe, in most cases, at least 50% of the respondents are dissatisfied with initiatives to increase the role of sexual minorities in society. If the majority rules in democracy, where is the respect to the majority`s choice in this case?

There is a new trend with sexual minorities in the third millennium. Couples of sexual minorities in Western society are presented as a family role model. These couples` lifestyle without any values is assessed as a free choice. In fact, this reputation acquired by Europe over the last 50 years was considered a sin and a taboo in the Old Continent for centuries. As a guardian of the traditional values in Europe, the church burned these evildoers.

The current "Gay Europe" trend is destroying all regarded taboos. It is true that this trend is not new in Europe. The last period of the ancient Roman Empire highlighted almost the same picture. According to reports, the same sex intimacy, the perversion between men and women has become a regular life style. As a bitter result, Europe paid for that by lagging behind with loss of cultural development achieved through hundreds of years. After the collapse of the Roman Empire, Europe managed to reach the development of those times only in the Middle Ages.

Today, the number of divorces in Europe, children of donor parents, homosexuality are all indicators of a decline in traditional family values. A guardian of family values for centuries, the Catholic Church has itself become a commonplace for homosexuals. In fact, according to the claims from media, among the reasons for Pope Benedict XVI resignation was the role played by gay lobby in the Church Council of the Vatican. The new Pope Francis has acknowledged the existence of such lobby. The family values are built on genetic code, upbringing and parent-child relationship. The traditional numerous family is considered to be the carrier of integral values in such society. In comparison with the West, the East and particularly the Muslim East holds these values in a stronger and more consistent way. In Muslim countries, the Islamic religion underlies the family values as one of the most important factors. The one parent families, childless families and families that opt for favorite pets instead of kids, the so called same sex families that are legalized in many countries now, all this threatens the future of the society. Generation growth without genetic code does not promise anything good for Europe. On the other hand, the luxury of gay stars in television and entertainment industry and their lifestyle without any responsibility towards the family or community is encouraged among the new generation. This kind of life is seen for many as the ideal model.

In recent years, the demographic growth is not observed in most European countries. Even if the growth exists, it is due to the migrants. The Vatican anxiously alerts about this situation. A Vatican official, monk Piero Gheddo told The Daily Telegraph that the "European Christians must have more children. Otherwise, the Muslim population in Europe will increase and Islam will dominate these areas. Due to ruined families and abortion rates in Italy, the population decreases 130,000 annually, whereas the half of 200,000 legal migrants coming to the country are Muslims.”

Observations show that migrants are more committed to family values than the local population. In regards to the Muslims, they not only prefer the family and kinship based lifestyle, but also emphasize the neighborhood due to national and religious values. This trend is the key point which will affect the destiny of Europe. The demographic growth which is to occur at the expense of next generations of immigration and migrants will play, undoubtedly, a decisive role in the future of Europe. Since more and more migration originates from Muslim countries at the moment, the Islamophobic tendencies tend to be reinforced accordingly.

Islamophobia today was managed to replace fascism in World War II. In other words, the purpose is to eliminate the aliens. The means have been simply changed a bit. Now, it is not physical elimination, but rather destruction of moral values. The West sees the solution and prevention of the inner crisis of moral values in Western societies by transferring it to others. Otherwise, it would not attempt to inculcate on worldwide level the propaganda and promotion of sexual minorities in the world under the name of gender equality, the family ruin under the pretext of strengthening women`s role in society, the destruction of parent–child relations under the name of independent citizen issue and undertaking even further steps towards changing family upbringing notion under social media freedom. Covering these processes with the idea of protecting certain group of people`s rights indicates the real interests. At the global level, the promotion of same sex marriage through different media broadcasts in France demonstrates the campaign for this role family model.

Thus, the increasing number of divorces, unions without children, civil marriages for certain period of time, the life style of sexual minorities, and other similar phenomenon illustrate the erosion of morality in family values. In this case, Europe`s demographic future is jeopardized. But Europe, instead of avoiding the moral decline by finding a way out, is on the contrary trying to expand this lifestyle all over the world. They see the balance in this demographic situation in spreading this recession in the global context. The opposition to this tendency in different countries is being kept under pressure under the pretext of various human rights, civil society and other notions. This pressure applied to the Islamic world loyal to the traditional values is exhibited in Islamophobic tendencies.

Thus, the strengthening of Islamic factor in Europe is further escalated by certain circles in the form of Islamophobic trends. One of the results of this view is the alienation or hostile treatment towards Muslim adepts for centuries. The reality is, however, that the Islamophobia, which poses an overall threat to European future, is promoted by Western mass media, active political groups in society, political parties, non-governmental organizations, religious societies and their political patrons. Regardless the interests of certain circles in the West, the Islamic values are integral part of the West. Without a tolerant approach and possibility for Islam to adopt merited place in the system of Western values, it will be primarily transformed in a problem for the European future.

Doctor of Philosophy in Economics