Why people are religious, according to a psychology expert 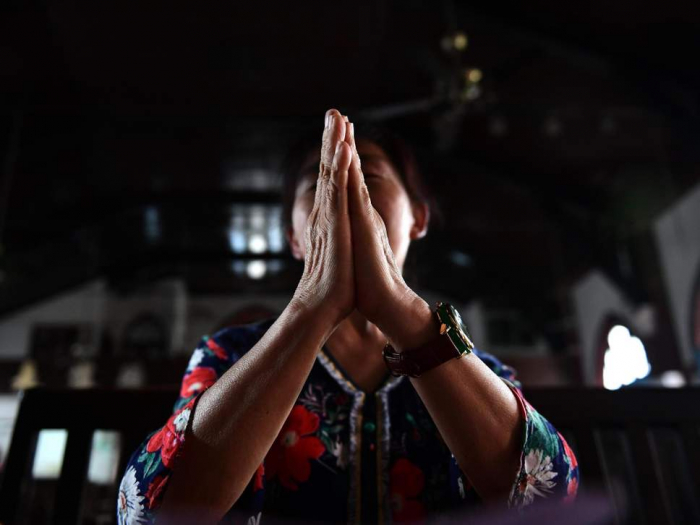 The quick and easy answer to why people are religious is that god – in whichever form you believe he/she/they take(s) – is real and people believe because they communicate with it and perceive evidence of its involvement in the world.

Only 16 per cent of people worldwide are not religious, but this still equates to approximately 1.2 billion individuals who find it difficult to reconcile the ideas of religion with what they know about the world.

Why people believe is a question that has plagued great thinkers for many centuries. Karl Marx, for example, called religion the “opium of the people”. Sigmund Freud felt that god was an illusion and worshippers were reverting to the childhood needs of security and forgiveness.

A more recent psychological explanation is the idea that our evolution has created a “god-shaped hole” or has given us a metaphorical “god engine” which can drive us to believe in a deity.

Essentially this hypothesis is that religion is a by-product of a number of cognitive and social adaptations which have been extremely important in human development.

We are social creatures who interact and communicate with each other in a cooperative and supportive way. In doing so we inevitably have stronger attachments to some individuals more than others.

British psychologist John Bowlby demonstrated this influence of attachments on children’s emotional and social development, and showed how these can suffer when they are threatened through separation or abuse. We continue to rely on these attachments in later life, when falling in love and making friends, and can even form strong attachments to non-human animals and inanimate objects. It is easy to see that these strong attachments could transfer to religious deities and their messengers.

Our relationships depend on being able to predict how others will behave across situations and time. But the things that we form attachments to don’t necessarily need to be in front of us to predict their actions. We can imagine what they would do or say.

This ability – known as cognitive decoupling – originates in childhood through pretend play. It is a small leap from being able to imagine the mind of someone we know to imagining an omnipotent, omniscient, human-like mind – especially if we have religious texts which tell of their past actions.

Another key adaptation that may help religious belief derives from our ability to anthropomorphise objects. Have you ever seen the outline of a person only to realise that it is actually a coat hung on the door? This capacity to attribute human forms and behaviours to non-human things shows we also readily endow non-human entities, such as gods, with the same qualities that we possess and, as such, make it easier to connect with them.

In addition to these psychological aspects, the ritual behaviour seen in collective worship makes us enjoy and want to repeat the experience. Dancing, singing and achieving trance-like states were prominent in many ancestral societies and are still exhibited by some today – including the Sentinelese people, and Australian aborigines.

As well as being acts of social unity, even more formal rituals also alter brain chemistry. They increase levels of serotonin, dopamine, and oxytocin in the brain – chemicals that make us feel good, want to do things again and provide a closeness to others.

Support free-thinking journalism and subscribe to Independent Minds
These cognitive adaptations are facilitated by educational and household norms which don’t tend to dispute religious ideas. While we are encouraged to challenge other ideas presented to us early in childhood that may not have a strong evidence base – such as Father Christmas or the Tooth Fairy – this is not the case with religion. These challenges are often discouraged in religious teachings and sometimes regarded as sinful.

Regardless of your point of view, the impact of religion and religious thinking on human functioning and evolution is a captivating intellectual debate that shows no sign of ending. Of course, one might argue that god creates everything outlined above but then this leads us onto another, bigger question: what is the evidence for god?