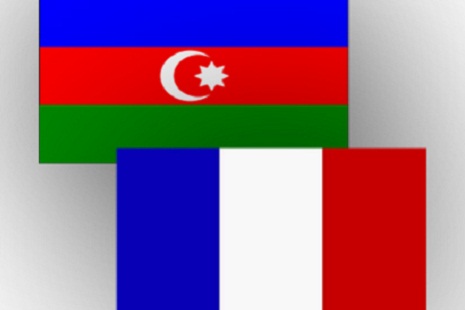 During the meeting, the sides expressed satisfaction with the current level of bilateral relations between the two countries. Dynamic development of relations was also emphasized.

The sides noted that reciprocal visits of the heads of states over the last years gave a push to further develop bilateral relations.

They expressed interest in further expanding relations, noting great potential in this regard.

The sides also exchanged views on the current state of the negotiations over the settlement of the Armenia-Azerbaijani Nagorno-Karabakh conflict.

France is one of the co-chairs of the OSCE Minsk Group, which runs the negotiation between the two sides for settling the conflict peacefully.

The Nagorno-Karabakh conflict emerged in 1988 when Armenia made illegitimate territorial claims against Azerbaijan. Since a lengthy war in the early 1990s and the displacement of over one million Azerbaijanis, Armenian armed forces have occupied over 20 percent of Azerbaijan`s internationally recognized territory, including Nagorno-Karabakh and seven adjacent regions.

President Aliyev expressed satisfaction with the activity of President Hollande towards the settlement of the conflict.

The parties also discussed regional, international and other issues of mutual interest.

Later, a ceremony with the participation of the two countriesв` presidents to sign ``A Letter of Intent on Azerbaijani-French University between the Minister of Education of Azerbaijan and Minister of Higher Education and Research of France`` was held.

After the signing of a letter of Intent on Azerbaijani-French University, President Aliyev, his spouse Mehriban Aliyeva and President Hollande dined together.

On the same day, President Hollande completed his working visit to Azerbaijan.

A ceremonial guard of honor was lined up for the French leader at the Heydar Aliyev International Airport. President Hollande was seen of by Elchin Afandiyev, first prime minister and other officials.

France recognized the independence of Azerbaijan on January 3, 1992. Azerbaijan and France established diplomatic relations in February 1992.

French companies are actively participating in the petrochemical, food, agricultural, machine engineering, tourism and other spheres in Azerbaijan.