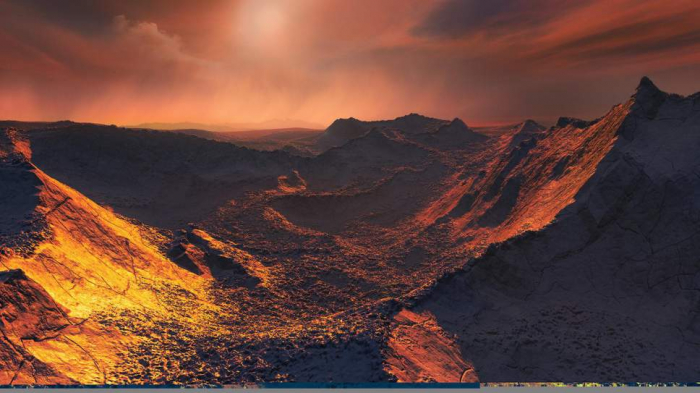 A planet near our own could support primitive life, scientists have announced.

The nearby world – orbiting around Barnard’s Star, the second closest star system to our own – is known as a super-Earth and has the potential to serve as a home for simple alien life, researchers have said.

The planet is probably very cold, at minus 170 degrees centigrade. But it could be a better home than we had realised when it was discovered: if it has a big iron and nickle core and geothermal activity, as scientists predict, it might be able to harbour primitive life.

That is according to Villanova University astrophysicists Edward Guinan and Scott Engle who announced their findings at a major meeting of astronomers.

The researchers suggest that the planet, known as Barnard b, might be surprisingly habitable as a result of the processes that are happening underneath its surface.

“Geothermal heating could support 'life zones' under its surface, akin to subsurface lakes found in Antarctica,” Guinan said. “We note that the surface temperature on Jupiter’s icy moon Europa is similar to Barnard b but, because of tidal heating, Europa probably has liquid oceans under its icy surface.”

Scientists announced the discovery of Barnard's b in November, but it was described as being very hostile to any possible life: it is an icy desert, without liquid water, where the sun shines only dimly and the temperature is cold enough to kill any life that might flourish. But the suggestion of heat flowing from underneath its surface could make it a better home than they thought.

The planet has a mass just over three times that of the Earth, and goes around its star every 233 days, at roughly the same distance that Mercury orbits the Sun.

Researchers now hope they can look more at the planet in an attempt to understand its "atmosphere, surface, and potential habitability". It is very faint in the sky, but future large telescopes could allow us to get a better look at it.

Whatever they find in the future, the planet has already shown us that such planets might be more common than we'd realised, suggesting that yet more of them are waiting to be found.

“The most significant aspect of the discovery of Barnard’s star b is that the two nearest star systems to the Sun are now known to host planets. This supports previous studies based on Kepler Mission data, inferring that planets can be very common throughout the galaxy, even numbering in the tens of billions,” Engle said.

“Also, Barnard’s Star is about twice as old as the Sun – about 9 billion years old compared to 4.6 billion years for the Sun. The universe has been producing Earth-size planets far longer than we, or even the Sun itself, have existed.”