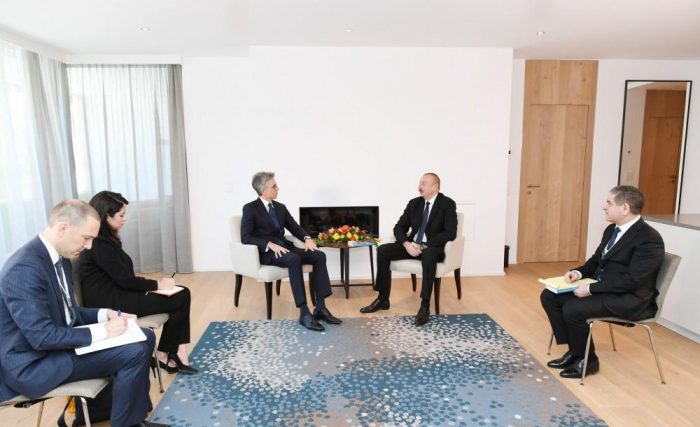 President of the Republic of Azerbaijan Ilham Aliyev has met with Chief Executive Officer of SAP SE Bill McDermott.

Bill McDermott presented his book to the head of state.

SAP SE CEO Bill McDermott hailed the cooperation with Azerbaijan, and underlined that the reforms and development programs implemented under the leadership of President Ilham Aliyev in recent years have aroused great interest. Saying that SAP SE has already opened its office in Baku, Bill McDermott noted the company's readiness to support the realization of President Ilham Aliyev's economic policy and the formation of the digital economy. He pointed out that the company can contribute to the development of digital economy, generally digitalization both in the public and private sectors, adding that the economic policy pursued by the Azerbaijani President gives them confidence.