Brexit could lead to thousands more deaths by 2030, research suggests 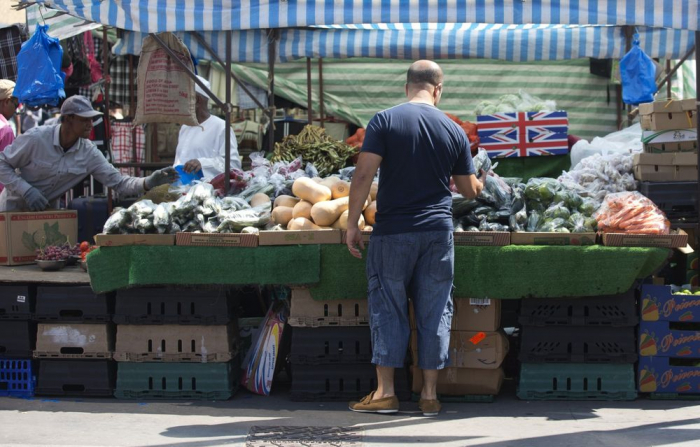 Brexit could lead to thousands more deaths from heart attacks and strokes due to rising prices for fruit and vegetables, research suggests.

Any deal under which the UK exits the EU will push up prices, cutting the amount of fresh produce people buy, it said.

The new study, from Imperial College London and the University of Liverpool, used data from the World Health Organization and HM Revenue and Customs to model the impact of Brexit on health.

All scenarios assumed an increase in trade tariffs and transaction costs - extra costs that the UK will be required to pay on imported goods.

The researchers also looked at people's average intake of fruit and vegetables using the National Diet and Nutrition Survey.

Even at present, only 27 percent of adults aged 19 to 64 and 35 percent of those aged over 65 achieve daily recommended fruit and veg intakes.

Under all Brexit scenarios modelled by the team, prices rose. For example, a no-deal Brexit would increase the cost of bananas by 17 percent, citrus fruits by 14 percent, and tomatoes by 15 percent.

Such price rises would lead to the British public eating between 3 percent and 11 percent less fruit or vegetables, depending on the scenario.

Because low fruit and vegetable intake is a “major risk factor” for cardiovascular disease, this would impact heart and stroke deaths, the researchers warned.

Writing in the journal BMJ Open, they said: “A no-deal Brexit scenario could be the most harmful, increasing coronary heart disease and stroke deaths by approximately 0.9 percent (4,110 deaths) and 2.9 percent (8,290 deaths) respectively between 2021 and 2030.

“The least disruptive scenario modelled, which assumes a free-trading agreement with the EU and half of non-EU fruit and veg importers, could increase coronary heart disease and stroke deaths by approximately 0.3 percent (1,360 deaths) and 1.0 percent (2,740 deaths) respectively.”

Professor Christopher Millett , from the School of Public Health at Imperial, who jointly led the research, said: “The UK's exit from the European Union has long been framed in terms of its political and social importance.

“But this study shows that the impact of Brexit will reach far beyond the economy and may affect people's risk of disease.

“The UK Government must consider the public health implications of Brexit trade policy options, including changes to the price of key food groups.”

The researchers said that, while their study focused on England , similar impacts are likely in Scotland , Wales and Northern Ireland.

The UK is heavily reliant on imports and, in 2017, 84 percent of fruits and 43 percent of vegetables in the UK were imported.

Paraskevi Seferidi, a PhD researcher at Imperial and first author of the study, said: “The UK is highly dependent on imports, especially for fresh fruits and vegetables. These have a strong protective effect on health.

“Our paper illustrates, for the first time, the potential negative impacts of Brexit on fruit and veg prices, intake, heart disease and stroke.”

The researchers said the scenarios they modelled are not exhaustive and do not reflect all Brexit scenarios currently being debated.

But they said their study is consistent with previous research on Brexit, which estimated the cost of eating five portions of fruit and vegetables per day is likely to increase for the average family in Britain - by about £2.20 per week for a family of four.

Professor Martin O'Flaherty , from the University of Liverpool , who jointly led the study, said: “Unhealthy diets are a leading driver of ill-health in the UK and a critical policy lever to tackle chronic diseases.

“Staying within the European Union appears the best option to protect public health.”