Congressman: Azerbaijan is reliable trading partner and ally of Europe and US 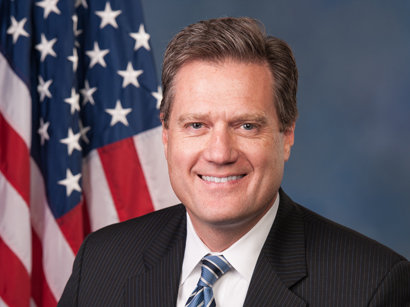 The United States should help its European allies to diversify their energy sources, specifically natural gas, head of US delegation to the NATO parliamentary Assembly, US Congressman Michael Turner`s article, posted on American media-resource The Hill said.
Fortunately, Europe`s energy security is currently related to the recent developments in Azerbaijan owning large gas fields, from one of which the gas will be transported to Europe, the article said.

The article notes that Azerbaijan has decided upon a route for transit of its gas, selecting the Trans-Adriatic Pipeline, which will run through Turkey, Greece and Albania to Italy.

When the pipeline is completed, natural gas from the Shah Deniz field, one of the world`s largest, located only 40 miles off the coast of Azerbaijan, will become available to European consumers, the author wrote.

"This is good news because Azerbaijan is a reliable trading partner and ally for Europe and the US," Turner wrote.

Azerbaijan was the first country in the region to produce energy resources in the Caspian Sea together with American companies, the article said.

"Azerbaijan is an important partner of the US in the spheres of energy, economics and national security. I was the author a bipartisan Congressional resolution declaring that it is in America`s national interest to work with the governments of Turkey, Azerbaijan and Georgia, to bring additional oil and gas supplies to European markets," Turner wrote.
In late June, the consortium for the development of Shah Deniz gas field announced the selection of the TAP project as a route for transportation of its gas to European markets. Nabucco West was the second pipeline, which was competing for the transportation of Azerbaijani gas to Europe.

The TAP project is designed to transport gas from the Caspian region through Greece and Albania and across the Adriatic Sea to southern Italy and then to Western Europe.
The gas which will be produced in the second phase of the development of Azerbaijani gas condensate field Shah Deniz, is considered as the main source for the project.

The construction of TAP is expected to start in 2015.