France and Germany must change the Game- OPINION 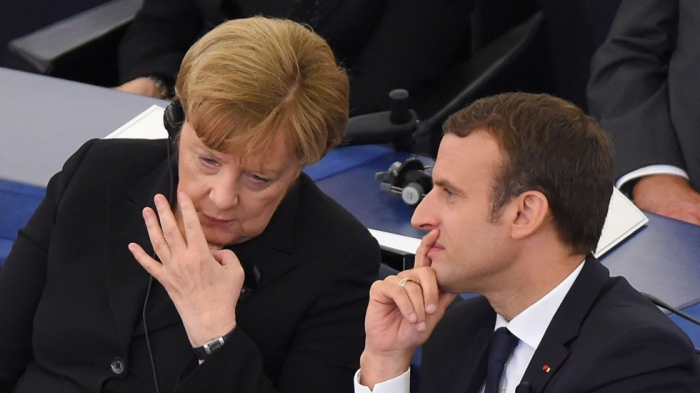 After years of France and Germany marching to different drummers, the two countries have finally come together to renew their post-war partnership. But now, they must go much further, by developing a new innovation, security, and governance strategy to bring the European economy into the twenty-first century.

The new Treaty of Aachen should be welcomed by all Europeans. Despite their domestic political difficulties, and amid a European growth slowdown and the chaos of Brexit, French President Emmanuel Macron and German Chancellor Angela Merkel came together to reaffirm their countries’ mutual understanding. The agreement lays the groundwork for a new Franco-German economic council, as well as closer cooperation on security and defense.

It is, however, regrettable that the Treaty’s 28 articles are very vague.

It is absolutely essential that this text be accompanied by a new method, adapted to the current world in which we live – a world where politics is no longer conducted in the muffled debates of ministerial meetings or through convoluted communiqués. Genuine involvement by civil society is the only way to stimulate two struggling governments and overcome their conservatism.

After all, we have entered an era in which speed, even more than money, determines the course of events, and where the capacity for experimentation across all sectors is an essential factor for success. In today’s winner-takes-all economy, the bulk of newly created wealth accrues to those who innovate the fastest.

Most Europeans may not realize it, but the European Union has allocated more for research and innovation – through the €77 billion ($87 billion) Horizon 2020 program – than the US Defense Advanced Research Projects Agency has in the past 60 years ($55 billion). Yet while DARPA research led directly to the Internet (through Arpanet), the microchip, stealth technologies, GPS, voice recognition, and autonomous vehicles, one can only wonder where the EU’s world-changing innovations are. Clearly, it is the method that counts, not the size of the expenditure.

We Europeans may think that we are maintaining a competitive position with respect to research, even if the United States and China are far ahead when it comes to creating “unicorns” and the digital behemoths of the future. Unfortunately, we aren’t. At the latest Conference on Neural Information Processing Systems, the US accounted for 85% of published research papers on artificial intelligence (AI), compared to just 7% for all European countries combined.

It is no surprise that Europe’s disconnected, fragmented national innovation strategies are falling behind. When it comes to AI, the size of the data pool is everything, which means that national and local initiatives such as a purely French one or an “AI Made in Germany” are hopelessly insufficient. Kai-Fu Lee, the former chief of Google in China, recently described AI as a coin with only an American and a Chinese side. For many, it is as if Europe doesn’t even exist.

It is time to take the initiative again. The first step is to change the method. Neither French Jacobinism nor German ultra-decentralization are appropriate for today’s world. Insofar as it will position Europe to pursue radically new initiatives, the Treaty of Aachen should be regarded as a welcome opportunity to restore European civil society not only as a provider of political ideas, but as a co-pilot for implementation.

To that end, many concrete measures could be implemented immediately. The first is to establish an innovation agency that is open to all EU member states, oriented toward nurturing cutting-edge research and development, and driven by the innovation ecosystem to ensure maximum agility.

Moreover, we must be bold in terms of cybersecurity, to protect our public infrastructure and democratic systems alike. Unlike Russia and the US, European countries lack the capacity to “attribute” and determine the origins of cyber attacks. Only with a cybersecurity alliance, data sharing, and law-enforcement coordination can Europe recover this essential element of lost sovereignty.

Finally, Europe must be strategic about space, because that is where the race in communications, geolocation, and autonomous-vehicle technologies – to say nothing of military conflicts – will be decided. Unfortunately, the European rocket maker ArianeGroup has already had to shed 25% of its staff, owing to European member states’ obsession with securing short-term returns for themselves.

Such narrow-mindedness is undermining Europe’s ability to act. We must adopt a radically different and more agile strategy before it is too late. The Treaty of Aachen could be a good base – but bold, immediate, and decisive action is needed.


André Loesekrug-Pietri is a technology investor and Speaker of the Joint European Disruptive Initiative.