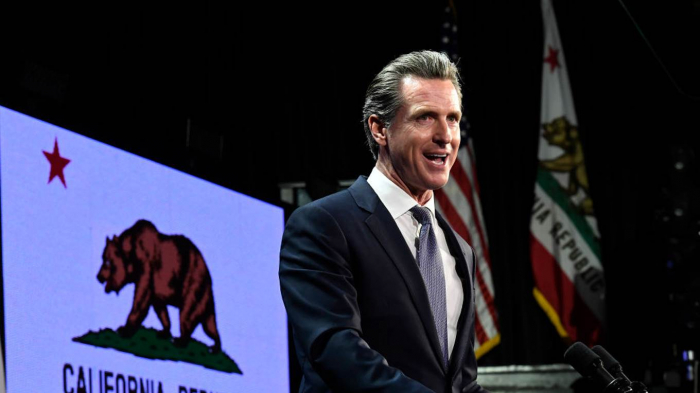 At a time of rising inequality, White House tweet storms, and deepening political gridlock in Washington, DC, it is easy to think that the decline of American democracy is inexorable. And yet, as in the early twentieth century, states like California are embracing their constitutional role as laboratories of reform.

Since the end of 2014, we have been advocating a model of US governance based on the Tenth Amendment of the US Constitution, which states that, “The powers not delegated to the United States by the Constitution, nor prohibited by it to the States, are reserved to the States respectively, or to the people.” Increasingly, California has been exercising these constitutional rights.

Until recently, state and local governance seemed quaint and uninteresting. Most pundits covering the 2016 US presidential campaign simply assumed that Democrats would win the White House and possibly both houses of Congress, allowing them to pursue a national progressive policy agenda and to appoint Supreme Court justices.

History did not unfold as predicted. But if there is any silver lining to the past two years of gridlock at the federal level, it is that progressive federalism – that is, state-based and state-led reform – has become all the more appealing.

To anyone familiar with US history, today’s social, economic, and political conditions should sound familiar. Though stock markets are soaring and wealth is growing, most of the gains are flowing to the already rich. Technology is transforming daily life, but also fostering deep anxiety about the loss of jobs and occupations. Cities are thriving as magnets for the wealthy and ambitious, but many rural Americans, increasingly left behind, feel resentful. Hostility toward immigrants has become intense and sometimes violent, and disillusionment toward government has reached new heights. While plutocrats have stepped up to underwrite social reforms through philanthropy, many citizens are convinced that democracy itself has been hijacked by the wealthy.

This bleak picture captures both today’s America and the US during the early twentieth century, when the first Progressive movement emerged. The social and political reforms enacted during that period ultimately strengthened democracy, established now-indispensable economic institutions, and made America freer and fairer.

History is not repeating itself, but it is rhyming. During the Progressive Era, California, Oregon, Washington, Colorado, and Wisconsin led the charge against the growing influence of money in politics and the monopolization of oil, railroads, and other key sectors. Likewise, amid widespread discouragement and despair, a second progressive era is now taking hold across the US, particularly in the western states, which have a rich history of bringing democratic governance into line with changing economic realities.

Owing to its diverse citizenry and globally connected economy, California has already begun to address many of the challenges now facing the entire country. It has done so by pursuing an aggressive carbon-reduction program and adopting political reforms such as citizen-based redistricting, an open-primary system, and a “rainy day” fund for economic slowdowns.

Now, Gavin Newsom, California’s new governor, is leading a new stage of reform. With a booming economy and Democratic supermajorities in both houses of the state legislature, he is pursuing a progressive agenda that can both advance social justice and survive the next economic downturn.

Specifically, Newsom’s $209 billion state budget offers a concrete plan for combining fiscal prudence with progressive activism. To make the budget more resilient over the course of the business cycle, he will use some of the state’s large current surplus to expand the reserve fund and pay down prior debt, pension, and health-care obligations to public employees.

Moreover, to ensure more broadly shared growth in the long term, Newsom will also allocate a healthy share of the surplus to one-time investments – including nearly $2 billion for early-childhood education and childcare programs. He has also proposed expanding the state’s Earned Income Tax Credit to over one million more working Californians. And he has named a new “future of work” commission to develop policy proposals to create good jobs, as technology transforms the labor market.

In addition, to address the state’s affordable-housing crisis, Newsom is threatening to withhold infrastructure funds from cities that fail to meet their obligations. In his view, “transportation is housing and housing is transportation,” and both are directly related to the state’s climate and inclusive-growth goals. He has also recognized the potential of “Opportunity Funds,” which can direct more investment to parts of the state that have been left behind in the technology boom. And he has challenged the private sector to do more, leading several large not-for-profit organizations to announce a $500 million fund to preserve and provide affordable housing in the Bay Area.

While leading with public investment and new incentives, Newsom is also building on the subsidiarity principle established by his predecessor, Jerry Brown. Accordingly, he is delegating more decision-making authority and control over resources to regional and local authorities, in recognition of the fact that a large, diverse state has diverse needs.

Perhaps most creative of all are Newsom’s efforts to leverage the scale and bargaining power of California’s $2.7 trillion economy (the fifth-largest in the world, after the US, China, Japan, and Germany). He has already issued an executive order allowing the government to negotiate directly with manufacturers over drug prices for state workers, prisoners, and California’s 13 million Medicaid recipients. He has proposed $25 million in aid for asylum-seeking immigrant families. And, most recently, he has announced that he will withdraw and reallocate the California National Guard troops who were previously sent to the border as part of US President Donald Trump’s manufactured immigration crisis.

Finally, Newsom plans to exercise California’s right to impose its own (higher) fuel-efficiency standards for cars, as permitted under a half-century-old waiver from the Environmental Protection Agency. Because its market is so large, California’s standards tend to become the benchmark adopted by car manufactures nationwide. In fact, nowhere has California demonstrated the power of progressive federalism more than in climate leadership.

As in the early twentieth century, California is facing significant challenges; but it also has an opportunity to lead. With its government – and those in other progressive states – rising to the occasion, once-skeptical pundits are beginning to take notice, and talented public servants who normally focus on Washington, DC, are increasingly looking to work for states and cities at the vanguard of change.

Yes, the national media continue to dwell on Trump’s every tweet. Yet for the first time in decades, journalists are also being hired in Sacramento, to report from the frontline of policy innovation. As California ushers in a new progressive era, theirs will be the bylines to watch.

The views expressed in this column are those of the authors and do not necessarily reflect the official position of the State of California or any of the authors' affiliated organizations.

Laura Tyson, a former chair of the US President's Council of Economic Advisers, is a professor at the Haas School of Business at the University of California, Berkeley, and a senior adviser at the Rock Creek Group.

Lenny Mendonca is the Chief Economic and Business Adviser for the State of California. The views expressed here are his own.