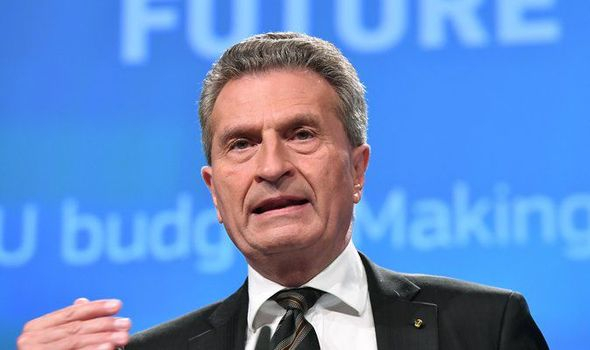 He noted that gas supplies to Turkey already started within the second stage of development of the Shah Deniz field. He expressed hope that the final leg of the project, the Trans-Adriatic Pipeline (TAP) will be launched in 2019-2020.

Speaking about the SCG Advisory Council meeting held Feb. 20, he stressed its high significance and noted that important issues were discussed at the meeting.

By using the example of the Netherlands, he noted that gas volumes in Europe are decreasing every year.

The EU needs to diversify the gas supply market, and the SGC is a new strategically important route, he said.

In the next ten years, there are plans to double the volume of gas supplied to Europe via the SGC to 20-25 billion cubic meters, he noted.

He added that the signing of the declaration will strengthen Azerbaijan’s mutually beneficial partnership with the EU.

The EU is also ready to support Azerbaijan in the diversification of the economy and help in the development of alternative energy, he said.

The 5th Ministerial Meeting of the Southern Gas Corridor (SGC) Advisory Council was held Feb. 20 at the Heydar Aliyev Center in Baku.

The participants in the event included energy ministers from the Southern Gas Corridor member-states and representatives of a number of organizations, as well as European Commissioner for Budget and Human Resources, acting co-chair of SGC Advisory Council Gunther Oettinger.