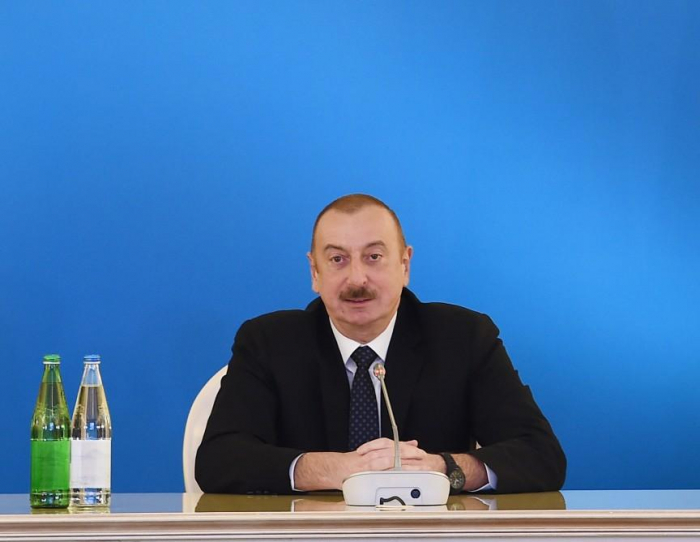 “Since our last meeting last February there were two most important ceremonies, one in Azerbaijan, another in Turkey: May official opening of the Southern Gas Corridor, and June official opening of TANAP was a really important milestone in the development of the Shah Deniz field and implementation of the Southern Gas Corridor project,” the president said.

“Today we are very close to the completion of this huge energy project, three out of four elements of the Southern Gas Corridor are already in operation,” the president said. “We are glad that since opening TANAP has already transported more than one billion cubic meters of gas to the Turkish markets.”

“So, TANAP is already in operation, and there is a big progress in implementation of TAP,” President Aliyev added. “I remember last February when I addressed the Council, I talked about the completion of about 67 percent of TAP and now according to recent information it is already 85 percent. So, we really made a big progress within one year, and everything goes successfully. So, hopefully, next year we will talk about new results.”

The president added that the balance of interests here makes this project successful.

"Because we always were trying to understand the needs and concerns of each other,” he said.

“We always try, and I think succeeded, in supporting each other, and importance of this kind of meetings is really very very big,” the president said. “Because we review what has been done during one year, at the same time, we plan our future steps and then, during the year, bilateral or multilateral consultations, meetings, conferences help to move forward.”