President Aliyev: Energy sector to continue to be leading sector of Azerbaijani economy 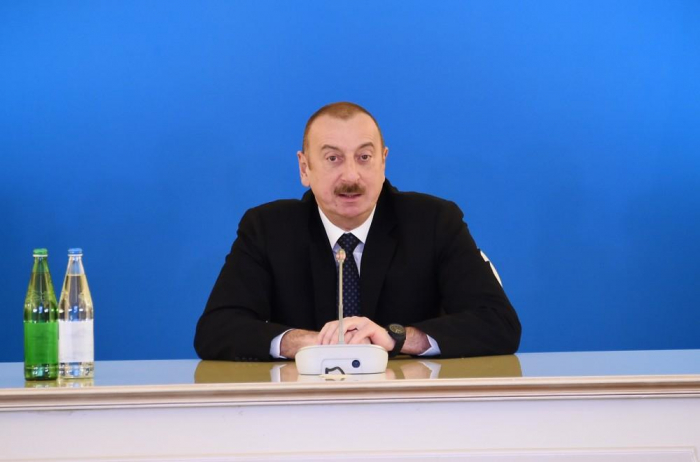 President Aliyev made the remarks at 5th Ministerial Meeting of the Southern Gas Corridor (SGC) Advisory Council at the Heydar Aliyev Center in Baku.

“And I would like to use this opportunity to express my gratitude for your financial contribution and your trust in us, trust in this project,” he added. “So, mentioning this list of participants, already I think enough to imagine what kind of a huge initiative and project we are implementing.”

“The Southern Gas Corridor is really a project of common interests, project of mutual importance,” President Aliyev said. “And it is part of Azerbaijan’s energy strategy which was launched back in 1994, when Azerbaijan signed an agreement with the Consortium of international oil companies on development of the huge oil field Azeri-Chirag-Gunashli. So that was the beginning of our close cooperation with international energy companies.”

“That was a time when Azerbaijan opened its resources for international cooperation,” he said. “For the first time, international investments came to the Caspian Sea, and 1994 was actually the turning point in the development of Azerbaijan, because at that time Azerbaijan was a newly independent country. Independence was less than three years, and economic situation in the country was very difficult.”

“So, opening country for investments allowed us to attract multi-billion investments to create tens of thousands of jobs to present Azerbaijan as a country with the good investment climate and then to use benefits of oil and gas development the revenues to diversify economy to build modern infrastructure and now to concentrate mainly on non-energy sector,” he said.