Sandra Oudkirk anticipates first gas from SGC will flow into Italy, Greece by 2020 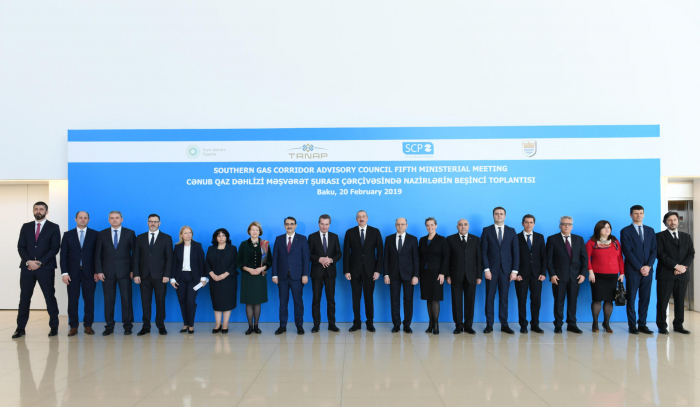 Sandra Oudkirk, Deputy Assistant Secretary of State for Energy Diplomacy, was in Baku on February 20 to participate in the Fifth Ministerial Meeting of the Southern Gas Corridor (SGC) Advisory Council, and for meetings with top Azerbaijani government officials, AzVision.az reports with reference to the US embassy in Baku.

DAS Oudkirk called the meeting a welcome occasion to recognize progress on completing the SGC, and said she anticipates first gas from this important project will flow into Italy and Greece by 2020.

Oudkirk recalled that when the SGC was first proposed, the United States recognized it could bring greater economic integration to the Caspian region while also playing a critical part in Europe’s efforts to diversify its energy supplies.

While in Baku, DAS Oudkirk met with President Ilham Aliyev, SOCAR Vice President Elshad Nassirov, and Energy Minister Parviz Shahbazov, as well as representatives from other countries involved in the construction and utilization of the SGC and TAP projects.