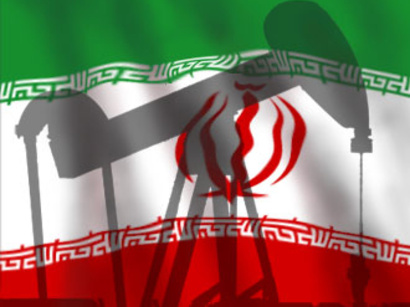 Gulf oil producers are benefiting from the sharp fall in crude exports from Iran through increased export revenues, according to analysis by the US government`s Energy Information Administration, Financial Times reported.
Excluding sanctions-hit Iran, members of the Opec cartel of oil producers earned $982bn in net oil export revenues last year, according to EIA estimates, the most since EIA data began in 1975.

The United Arab Emirates and Kuwait`s export revenues hit or were equal to post-2004 highs in real terms last year. Saudi Arabia, the world`s largest oil exporter, and the de facto leader of Opec, earned an estimated $312bn, a nominal record, and just short of its peak in real terms in 2008.

The only other large Opec producer to see a post-2004 peak in real terms oil export earnings was Iraq, where output and exports have been recovering rapidly after the US-led invasion of the country.

The data point to stark differences in the fortunes of Opec members, as US production surges, reducing demand for some Opec crudes from the world`s largest oil consumer, and Iranian exports continue to decline.

Gulf producers have had strong demand for their medium and sour crude oils, thanks to the absence of similar Iranian oil from international markets. But other Opec members such as Nigeria and Angola, which produce light and sweet crude oil similar to US shale oil, have seen exports to the US slump. Oil export revenues for both Nigeria and Angola fell last year in real terms, according to the EIA.

In its annual report released this month, Opec said the prices fetched by crudes from its various members on international markets had diverged last year.

While the price of Arab Light, a Saudi crude, climbed 2.2 per cent in 2012 and Kuwait Export rose 3.1 per cent, Nigeria`s Bonny Light fell 0.4 per cent and Angola`s Girassol rose just 0.6 per cent.

On top of lower prices, Opec`s African producers have been hit by security fears including oil theft in Nigeria and industrial unrest in Libya, which have disrupted production. In its medium-term oil market report published this year, the International Energy Agency said it did not expect Opec`s four African members to increase production over the next five years.

While the EIA has stopped estimating revenues for Iran, where the impact of US-led sanctions has made it increasingly difficult to track payments, the sharp fall in exports has also sharply reduced earnings for that country.

The EIA forecast Opec export revenues, excluding Iran, to decline sharply in 2013 and 2014, to $788bn and then $744bn. The EIA has forecast demand for Opec crude oil will shrink significantly in coming years, as production from non-Opec sources including Canada and US shale in particular continues to grow rapidly.