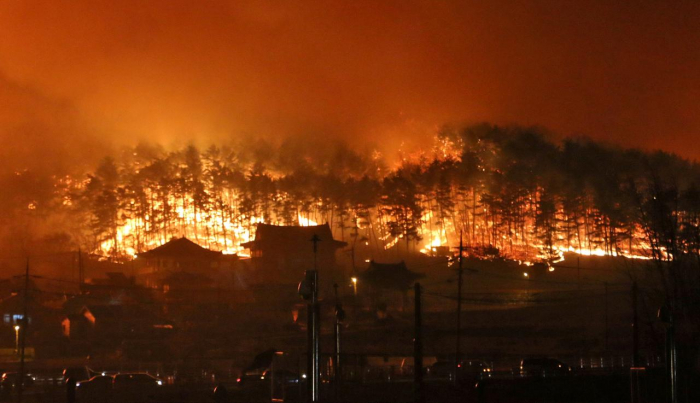 A wilfire in South Korea killed one person and forced more than 4,000 people to flee their homes, Reuters reported citing Yonhap news agency.

The fire broke out in eastern Gangwon Province on Thursday evening and spread to the seaside holiday city of Sokcho, burning about 385 hectares (950 acres) of land and 310 homes, warehouses and other buildings, Yonhap reported citing the government.

About 4,230 citizens had been evacuated to gymnasiums and schools, and 52 schools would be closed on Friday.

President Moon Jae-in has ordered the use of all available resources to extinguish the forest fire, the Ministry of the Interior and Safety said in a statement.

The government has deployed about 45 helicopters, 77 firefighting vehicles and 13,000 personnel from around the country to contain the fire, Yonhap said.