Around 98% of TAP pipes back-filled in Albania 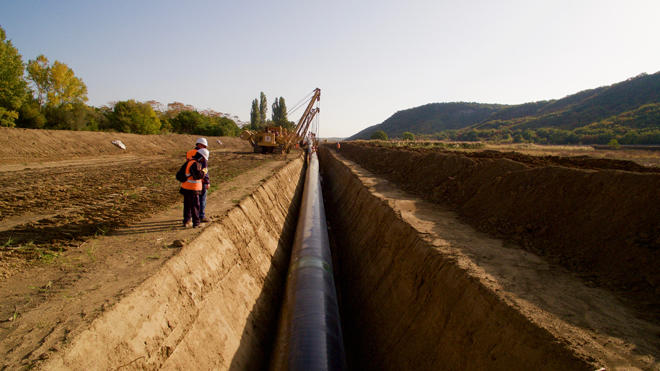 Around 98 percent of pipes of the Trans Adriatic Pipeline (TAP) are back-filled in Albania, Trend reports citing TAP AG consortium.

“In April 2016, the first TAP pipes arrived in Albania shipments of steel pipes, equipment and machinery were being offloaded in the port of Durrës. Three years later, around 98 percent of pipes are in the ground (back-filled),” said the consortium.