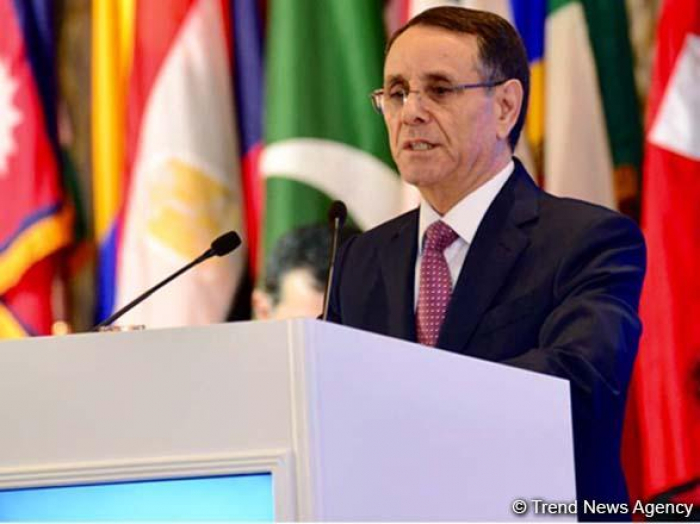 Mammadov made the remarks at the 36th International Drug Enforcement Conference, being held in Baku, Azvision.az reports on April 15.

The prime minister stressed that the Azerbaijani foreign policy is based on mutual effective and fruitful cooperation with all countries.

"Azerbaijan has become a reliable partner on the international arena,” Mammadov said. “The country was one of the countries which first joined the US counter-terrorism operation. Azerbaijan and the US cooperate fruitfully."

He stressed that Azerbaijan’s such big energy projects as Baku-Tbilisi-Ceyhan, Baku-Tbilisi-Erzurum, TANAP changed the world map.

He stressed that drug addiction and illicit drug trafficking are among the most serious problems.

"Illicit drug trafficking also poses big threats to international security as a source of terrorism financing,” Mammadov said. “Azerbaijan demonstrates a firm stance against the spread of these phenomena in the country, named the fight against illicit drug trafficking as a priority and joined the corresponding international conventions in this sphere.”

“Big tasks have been set before the law enforcement agencies in this sphere,” he said. “Over the past five years, 8 tons 354 kilograms of drugs have been withdrawn from circulation in Azerbaijan."

“Azerbaijan’s Nagorno-Karabakh region and seven adjacent regions are under the Armenian occupation more than 25 years and this creates favourable conditions for international terrorism and illicit drug trafficking in this territory," Mammadov said.