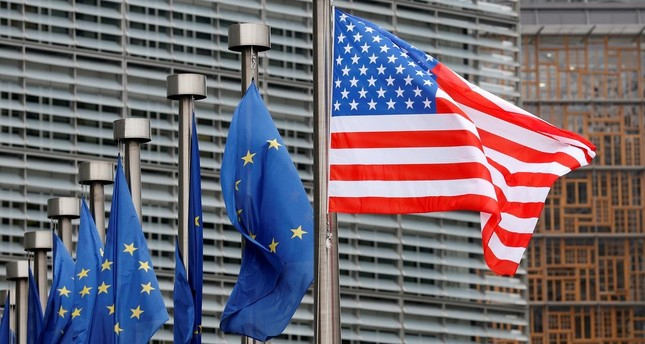 European Union countries gave final clearance on Monday to start formal trade talks with the United States after months of delay due to French resistance.

In the end, the EU governments voted by a clear majority to approve the negotiating mandates proposed by the European Commission, with France voting against and Belgium abstaining.

The Commission, which coordinates trade policy for the 28-member European Union, wants to start negotiations on two tracks — one to cut tariffs on industrial goods, the other to make it easier for companies to show products meet EU or U.S. standards.

It needed backing from the EU member states to do so.

The European Union and the United States reached a detente last July when U.S. President Donald Trump agreed to hold off imposing punitive tariffs on EU cars as the two sides sought to improve economic ties.

That including removing tariffs on "non-auto industrial goods".

The Commission has repeatedly said it will not discuss tariffs or barriers to trade in farm products, but is willing to discuss cars, setting it on a possible collision course with Washington.

Diplomats say Germany, whose exports of cars and parts to the United States are more than half the EU total, wants to press ahead with talks to ward off tariffs on carmakers Volkswagen, Mercedes maker Daimler and BMW.

France, with very few U.S. car exports, had been seeking to push the issue beyond the European Parliament election in May, convinced that dealing with Trump is not a vote winner.

France has insisted that agriculture should not feature in the talks but that climate change provisions should — a difficult demand given Trump's withdrawal from the Paris climate agreement.