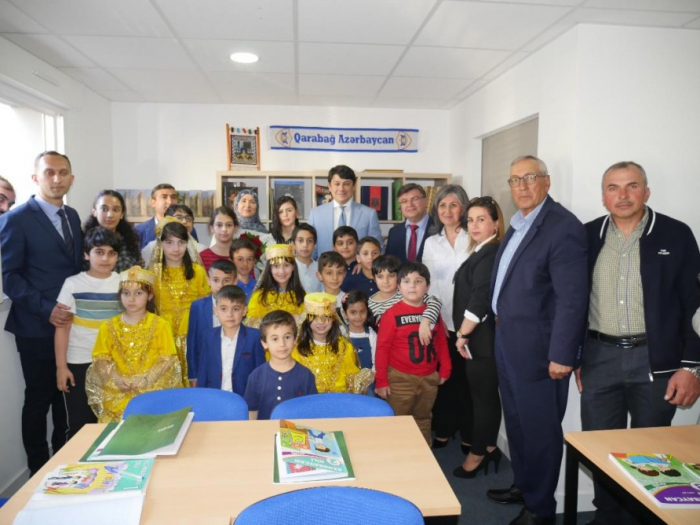 An Azerbaijani school has been inaugurated in the French city of Nantes. Addressing the opening ceremony, chairman of the State Committee for Diaspora Affairs Fuad Muradov stressed the importance of the school. He hailed the unity of the Azerbaijani and Turkish diasporas in France, AZERTAC reported.

Turkey`s consul general in Nantes Ebrar Cubukcu said there is a Turkish association in the vicinity of the school, adding that close relations will be built between the society and the school.

Other speakers noted the significance of the opening of the school.