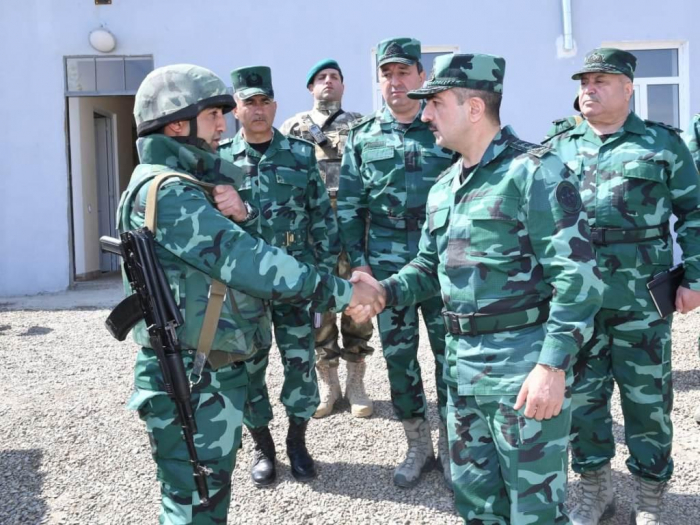 Head of the Azerbaijani State Border Service, Colonel-General Elchin Guliyev visited military units and units of ‘Gazakh’ frontier post on the state border with Armenia, checked the combat activity and met with the personnel serving there, Trend reports referring to the State Border Service.

Guliyev checked the process of fulfilling the instructions of Azerbaijani President, Commander-in-Chief Ilham Aliyev and familiarized himself with the work carried to create the necessary defensive infrastructure on the state border.

At the meeting with the participation of the senior officials of the border troops, necessary instructions were given to increase the combat readiness of military units.