EU blasts Warsaw over lack of ‘contribution’ to Europe 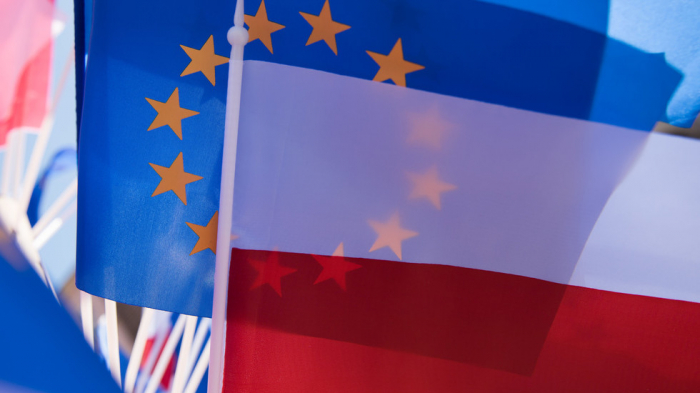 The EU Commission berated Poland for its approach to the union, accusing it of using the bloc as a “money machine” to improve its economy while doing very little to contribute to the “future of Europe”, RT reported.

“The EU is not just a money machine, a cow that you can milk,” European Commission Vice President Jyrki Katainen said Wednesday. “We are expecting a more substantial contribution from Poland for the future of Europe.”

U membership has helped Poland greatly and its “economic development has been remarkable,” he added.

While the “future of Europe” part is rather vague, Katainen’s description of the bloc as Poland’s “cash cow” might not be that far-fetched. For example, the EU spent nearly €12 billion (US$13.49bn) on Poland in 2017, while Poland only contributed €3 billion to the EU. Since it became an EU member in 2004, Warsaw has received over €100 billion from the bloc.

Katainen also complained that the EU’s pressure on Poland to change its behavior has been very ineffective and has yielded virtually nothing so far.

Late in 2017, the European Commission launched Article 7 procedures against Warsaw, accusing it of breaching common European values and the rule of law with its controversial judicial reforms. If the procedure succeeds, Poland might be stripped of its voting rights within the bloc until it fixes the alleged issues with the “rule of law.”

“The current situation is not good because we have had Article 7 procedure in Poland but unfortunately nothing has happened,” Katainen stated.

While the Article 7 procedure has already proven to be lengthy, its ultimate success is questionable as well. Just as the process was launched, Hungary blasted it as “unprecedented and astounding,” signaling it might veto the EU Commission’s decision.

Aside from alleged issues with the “rule of law,” Poland has repeatedly had run-ins over its immigration policies. As the migrant crisis unfolded back in 2015, the bloc urged its members to “redistribute” asylum seekers among EU states. Poland, however, alongside Hungary, Slovakia and the Czech Republic, refused to take any and firmly rejected any compulsory quotas on migrant redistribution.