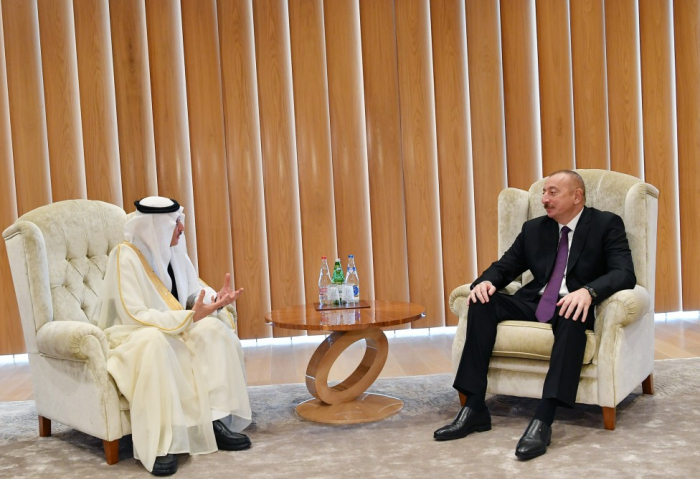 On May 2, President of the Republic of Azerbaijan Ilham Aliyev has received the Secretary-General of the Organization of Islamic Cooperation (OIC), Dr Yousef bin Ahmad Al-Othaimeen.

Talking about the significance of the V World Forum on Intercultural Dialogue, the Secretary-General of the Organization of Islamic Cooperation (OIC), Dr Yousef bin Ahmad Al-Othaimeen noted that the "Baku Process" has already become an institutionalized mechanism. He described Azerbaijan as a symbol of peaceful coexistence saying that Azerbaijan has become a crossroads of transportation and cooperation.

Expressing his gratitude to the Secretary-General of the Organization of Islamic Cooperation for his participation in the Forum, President Ilham Aliyev emphasized the importance of the statements made by Dr Yousef bin Ahmad Al-Othaimeen at the Forum's opening ceremony. The Head of State said the Baku Process is an important international platform. He noted that this process lasted more than 10 years and is now regarded as one of the most effective mechanisms for establishing intercultural relations and interfaith cooperation in the world.

During the meeting, the sides highlighted the importance of unity and solidarity in the Islamic world and praised the work done by Azerbaijan in this direction and exchanged views on the issues on the agenda of the Organization of Islamic Cooperation.