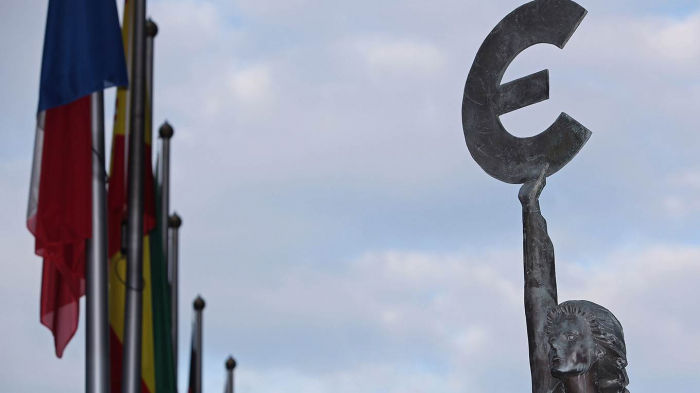 In the 15 years since the European Union expanded eastward, cultural, political, and historical divisions between East and West have continued to stand in the way of genuine solidarity. But the continent's integrated industrial ecosystems – the value of which even staunch nationalists cannot ignore – still gives a reason for hope.

The European Union’s great eastward expansion in 2004 was a moment for hope and optimism. After 15 years, however, Eastern and Western Europe are culturally and politically divided as ever.

Though the Eastern European countries have enjoyed greater prosperity since joining the EU, they are falling ever further behind their Western counterparts in normative and material terms. They have experienced mass emigration, particularly among young people. And while remittances from those working in Western Europe have contributed to rising living standards in the region, depopulation has generated its own problems.

Today’s East-West rift was foreseeable. When EU member states began discussing an eastward expansion in earnest – first at a 1997 summit in Amsterdam, and then at a follow-up meeting in Nice in 2000 – they found it extremely difficult to get their heads around the idea. Specifically, many delegates seemed to be in denial about the need to adjust common institutions and increase financial transfers to integrate new members and maintain cohesion within the bloc.

A similar form of skepticism exists today, only now it affects both old and new member states. Nonetheless, before 2004, the EU was still sustained by a shared hope for a common European future. In the decade following the end of the Cold War, both East and West were eager to pursue unification, confident that it would bring peace and prosperity.

That firm conviction has been eroded by doubt, stemming from fundamental disagreements over values and worldviews. Today’s East Europeans feel like second-class citizens, and they have come to regard West Europeans as arrogant, self-serving custodians of their own narrow interests. At the same time, West Europeans think their Eastern counterparts should be more grateful, and should show more solidarity, particularly when it comes to accepting migrants and refugees.

More to the point, West Europeans fear that their counterparts are increasingly treating the rule of law and the separation of powers not as fundamental pillars of the European project, but as Western institutional quirks. After all, Hungarian Prime Minister Viktor Orbán openly dreams of establishing an “illiberal democracy” in which a majority can run roughshod over the rights of minorities. Worse, he seems to believe that autocratic majoritarianism could serve as the basis for EU solidarity. Here, he is deeply mistaken.

Orbán and his fellow populists’ perverse ideas about democracy – not to mention their attempts to undermine judicial independence and the free press – are at the center of the new East-West rift. At issue is not one specific policy, but a deeper conflict over foundational values. Resolving this normative controversy will take a very long time. The EU’s challenge is to develop a new mutual understanding without giving an inch when it comes to upholding its core principles.

The EU cannot survive as a nationalist project, given that nationalism is precisely the impulse it was established to thwart. Those who insist on interpreting the European project differently are sowing the seeds of its destruction. With the world undergoing a geopolitical and economic shift toward the Asia-Pacific region, a breakdown of European unity now would relegate the continent to the sidelines for generations to come.

Fortunately, beyond shared respect for democratic values, European solidarity also benefits from commercial unity. One result of the post-Cold War enlargement was the creation of many new jobs in Eastern Europe, owing to foreign direct investment by West European companies, particularly in the automotive industry. In addition to strengthening economic conditions in the new member states, these investments gave rise to a supranational European auto industry on which East and West have come to depend in equal measure.

That industry is now embarking on a significant structural adjustment as it pivots from carbon-emitting internal combustion engines to electric vehicles (EVs). Yet outside observers could be forgiven for thinking that the overhaul is strictly a West European – and particularly a German – initiative. In reality, the coming changes will affect jobs across Europe, particularly in the Eastern member states. It is a shared challenge that demands a common solution. If Eastern Europe’s current leaders do not recognize that, their countries will pay a high price.

The challenge facing the European auto industry is also an opportunity to close the East-West divide. The collective effort needed to sustain Europe’s competitive edge in EVs, digitalization, and other commercial areas could transcend and render irrelevant the resentments and suspicions of the past 15 years. It could put Europe back on the path to shared prosperity. Even someone as blind to the EU’s benefits as Orbán should be able to see that.

J oschka Fischer was German Foreign Minister and Vice Chancellor from 1998-2005, a term marked by Germany's strong support for NATO's intervention in Kosovo in 1999, followed by its opposition to the war in Iraq. Fischer entered electoral politics after participating in the anti-establishment protests of the 1960s and 1970s, and played a key role in founding Germany's Green Party, which he led for almost two decades.