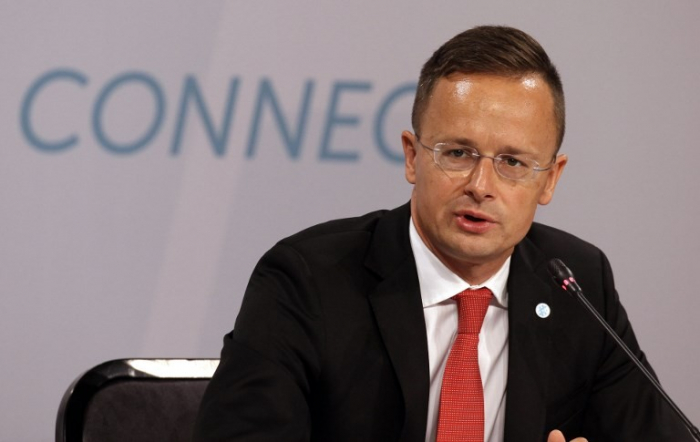 It is in Hungary’s interest for Azerbaijan to deliver enough gas to southeastern Europe via the Southern Gas Corridor so that it also reaches Central Europe, Hungary’s Minister of Foreign Affairs and Trade Péter Szijjártó said.

He made the remarks during the meeting attended by the foreign ministers of the Visegrád Group, the Eastern Partnership countries and Romania, which holds the European Union’s rotating presidency, Trend reports citing Hungary Today.

“We’re considering multiple scenarios when it comes to the diversification of Hungary’s gas supplies, but unfortunately one solution is taking even longer than the other,” Szijjártó said. “So it is important to keep [the option of importing] Azerbaijani gas among the possible scenarios.”

He urged the EU to provide every means of support for the development of the Southern Gas Corridor.

The Southern Gas Corridor project envisages the creation of a pipeline infrastructure for the transportation of Azerbaijani gas, which is extracted as part of the development of the Shah Deniz Stage 2 field, to Europe via Turkey.

The main components of the project are Shah Deniz Stage 2, expansion of the South Caucasus pipeline Baku-Georgia-border with Turkey, construction of the Trans-Anatolian Natural Gas Pipeline (TANAP) from Turkey’s eastern border to the western border and the Trans-Adriatic Pipeline (TAP) connecting Greece, Albania and the Adriatic Sea in southern Italy.