`Armenia should realize that to live forever with outstretched hand impossible` 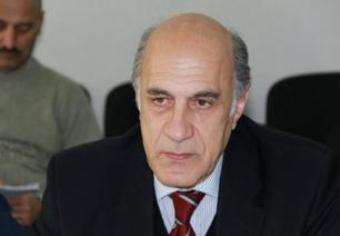 What is happening today in Armenia is a logical and natural result of domestic political, economic and foreign policy, which Yerevan conducts.

Political scientist Fikrat Sadikhov has said this while commenting on the dissatisfaction of the Armenian community, caused by rising prices for public transport.

Mass protests have been continuing for weeks in Yerevan against the increase in the cost of public transport.

"In fact, the rejection of civilized development of relations with its neighbours, which is a rejection of the various projects beneficial for Armenia, which at one time were offered by Azerbaijan, is the result of blunders of political and economic policy of Armenia," spoke Sadikhov.

"WMoreover, I do admit that this is not an issue of socio-economic nature, here there is dissatisfaction with the policy of official Yerevan, which apparently came to a boiling point. I think that the dissatisfaction of the Armenian population will continue as long as the course of the ruling circles of Armenia will not change.

After all, people, especially the younger generation is well aware that there are ways out of this situation - the need to cooperate with neighbouring countries, it is important to connect to some serious regional projects, it is necessary to open the border with Turkey, that is to do all the things that will benefit and improve the material standard of the population, " added the analyst.

He also noted that, instead, we are seeing a mass migration from Armenia, the terrible social and economic problems, and here also the increase in the price of public transport and essential goods.

According to Sadikhov, Armenia is accustomed to live on alms by Russia and financial credits from Europe: "Moscow somewhat complicated` gas injection `, which greatly affected the socio-economic situation in Armenia. Armenia should understand that to live forever with its hand outstretched is impossible. "

"As long as the official Yerevan does not change course, its foreign policy priorities and will not behave like a civilized member of the international relations, these processes will be compounded and eventually spill over into a serious massive clashes with which the authorities will not be able to cope. Therefore, the Armenian authorities must make a right, and most importantly, the timely conclusion," concluded the analyst.