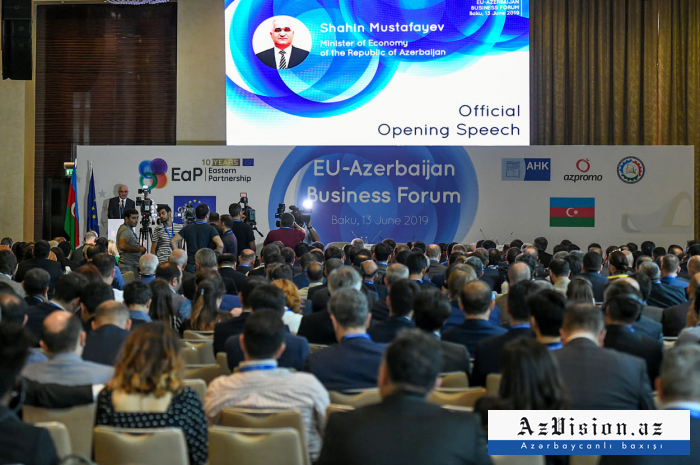 The EU-Azerbaijan Business Forum kicked off Baku on Thursday

The annual EU flagship EU-Azerbaijan Business Forum event brings together the public and private sector: hundreds of government and – above all – business leaders from the EU and Azerbaijan, who share the goal of boosting business ties. The Business Forum looks to attract representatives of both small and medium-sized enterprises (SMEs) and big companies.

Delivering a keynote speech at the event, Azerbaijani Economy Minister Shahin Mustafayev said that the EU investments in the country’s economy amount to more than $33 billion, AzVision.az reports. 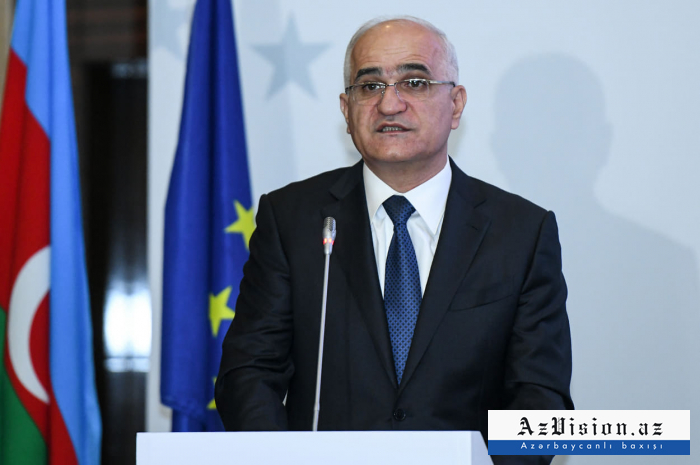 He said that Azerbaijan’s investments in the economy of the EU countries amount to $15 billion.

The minister noted that relations between the EU and Azerbaijan are rapidly developing, adding that Azerbaijan is the main partner of the EU in the South Caucasus.

Later on, Johannes Hahn, the EU Commissioner for the European Neighborhood Policy and Enlargement Negotiations, made a speech at the forum. 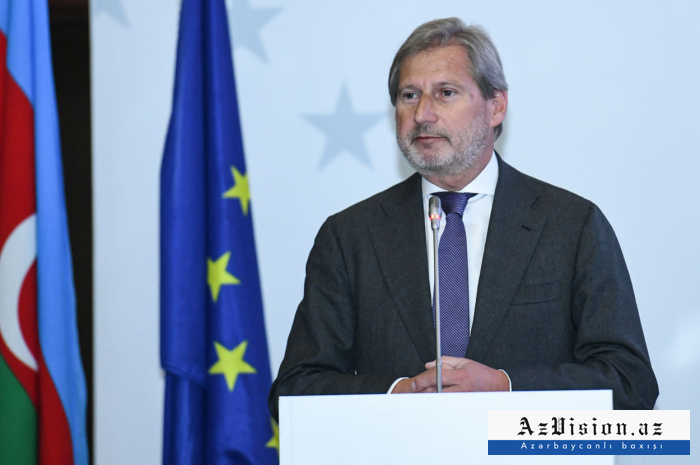 He noted that today’s fifth forum testifies to the intensified cooperation between the EU and Azerbaijan.

“The increase in the number of participants is an indicator of this forum’s success. In comparison with the first forum, the number of EU and Azerbaijani businessmen participating in this forum has tripled,” the commissioner said.

Hahn stressed that EU remains an important partner of Azerbaijan.

“In recent years, Azerbaijan-EU cooperation has intensified. The EU and Azerbaijan signed the partnership priorities document in 2018. Currently, the parties are negotiating to sign an aviation agreement and a comprehensive partnership agreement. I hope these agreements will soon be signed,” he added.

He said that the EU will provide support for the construction of a 300km railway line in Azerbaijan.

Commissioner Hahn also noted that roaming charges between Azerbaijan and the EU countries can be reduced. 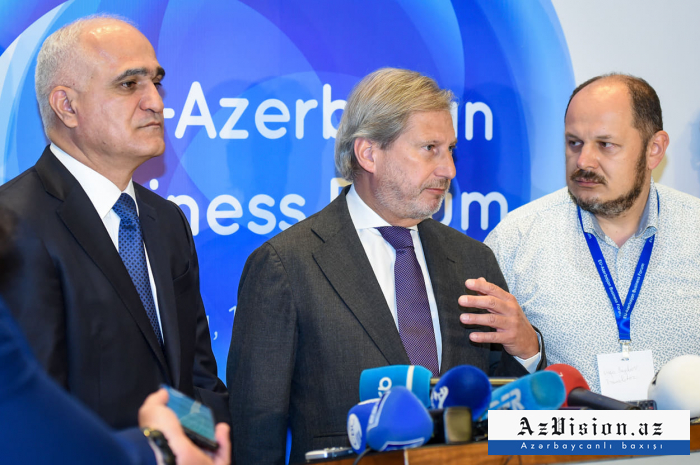 During the Business Forum, the EU-supported 'EU Business Climate Report Azerbaijan 2019', will be presented by the German-Azerbaijani Chamber of Commerce (AHK), the outcomes of which will serve as a starting point for vivid discussions towards a favorable climate for EU-Azerbaijan business relations. Exchanges on sector-specific strategies and projects will take place during panel discussions on Connectivity, Agriculture, and Tourism.

Overall, EU-Azerbaijan cooperation has intensified. The Partnership Priorities, endorsed in September 2018, frame our cooperation until 2020, and the negotiations of the new EU-Azerbaijan agreement are in the final phase.  EU bilateral assistance to Azerbaijan is estimated to amount to € 106 million in the period 2014-2020, with a focus on supporting Azerbaijan’s economic diversification efforts, notably in the key areas of agriculture and rural development as well as education. New planned EU assistance will support the implementation of the Partnership Priorities.