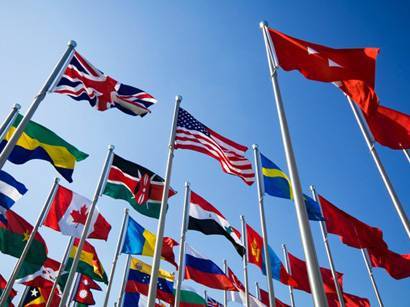 European stocks edged higher on Friday, as investors treaded cautiously ahead of a critical G20 meeting where the outcome of U.S-China trade talks will be closely monitored against the backdrop of a slowing global economy, reports AzVision.az citing to Reuters.

U.S. President Donald Trump is set to hold a high-profile meeting with Chinese President Xi Jinping on Saturday, and markets are nervous over whether the outcome of that meeting will produce progress in ending the year-long trade war that has dented growth in global markets.

The pan-European STOXX 600 index was up 0.16% by 0800 GMT, and Frankfurt's trade-sensitive DAX .GDAXI outperformed other major indexes, rising 0.39% on the strength of top lender Deutsche Bank.

“People don’t know what to think before the upcoming meeting, so we’re likely to see a lot of instability, uncertainty and a general lack of direction which will be resolved only at the end of the weekend,” said Josh Mahoney, market analyst at IG in London.

“I’d err on the side of caution, we aren’t going to see a major breakthrough on trade but maybe we will see plans for further discussions down the line and that in itself could give some sort of boost to markets to say it’s not necessarily over quite yet.”

Hopes of a deal were muddied by a report saying Xi would give Trump a set of conditions to be met by the United States before reaching any settlement, with sentiment further dampened by a threat that the U.S. may move ahead with further tariffs on Chinese goods after the weekend summit.

The uncertainty in markets caused by conflicting reports on trade in the week leading up to the G20 meet in Japan stalled a rally in stocks this month, and set the main index on pace to post its first weekly loss in June.

Still the benchmark index is up about 3.5% in June on expectations that major central banks would be more accommodative to counter the impact of the tariff dispute that helped the STOXX 600 index recoup most of its steep losses in May.

Deutsche Bank rose 3.1% after it passed an annual health check by the U.S. Federal Reserve, clearing a second rigorous hurdle at a critical time for the German lender in tests that measure banks’ ability to weather a major economic downturn.

“Deutsche Bank was one of the leading lights of European banking, and the idea now is that if we are seeing increased stability in the firm, there is potential for them to be pairing up with another bank, so it’s a value play right now,” Mahoney said.

Merlin said it would be acquired by Lego’s founding family and private equity firm Blackstone Group (BX.N) in a deal valuing the company and its debt at nearly 6 billion pounds ($7.6 billion).