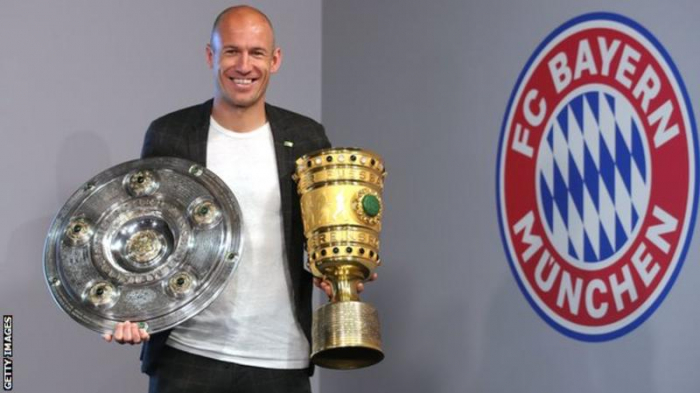 The ex-Netherlands international, whose Bayern contract expired in June, was hampered by injuries last season.

Robben also played for Real Madrid and PSV, having started his career at Dutch side FC Groningen 19 years ago.

He won trophies at every club he played for, including eight Bundesliga titles at Bayern and the Premier League with Chelsea in 2005 and 2006.

Robben also won the Champions League with Bayern in 2013.

Robben made his name at Chelsea, joining them from Groningen in 2004 and going on to make 105 league appearances for the club, scoring 19 goals.

In addition to back-to-back Premier League titles, he also won the FA Cup in 2007 and the League Cup twice.

Robben joined Real Madrid in 2007, helping them win the La Liga title in his first season before joining Bayern Munich for the 2009-10 campaign.

The Dutchman was capped 96 times by the Netherlands, receiving a World Cup runners-up medal in 2010 after they were beaten by Spain in the final in South Africa.