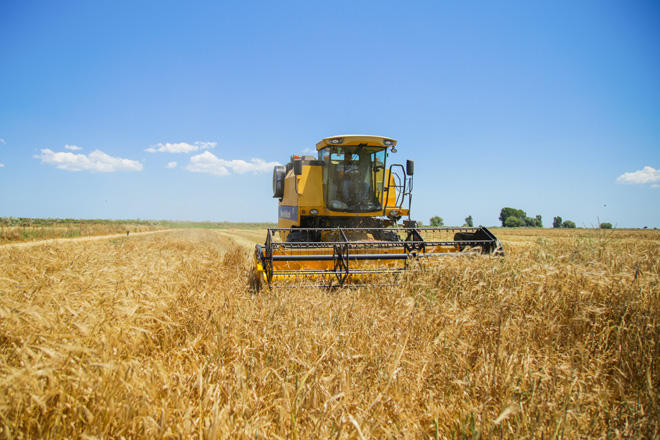 Grain harvesting continues in Azerbaijan and in this crop year, 1,009,139.8 hectares were allocated for cereals, of which 677,793 hectares for wheat and 331,346.8 hectares for barley, the Azerbaijani Agriculture Ministry reported.