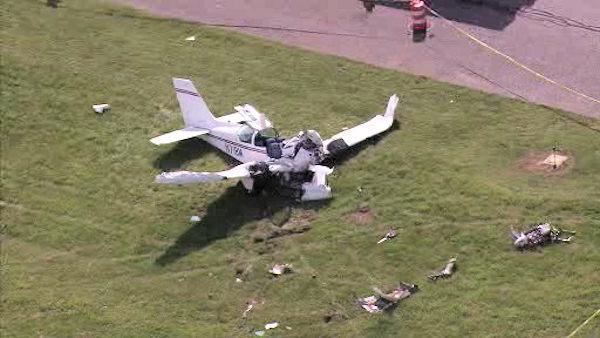 Nine people have died in Sweden after a plane taking them up on a parachute jump crashed into an island close to the northern city of Umea, AzVision.az reports citing The Local.

The plane took off from Umeå airport at just after 1.30pm on Sunday, and sent out an alarm at 2.12pm, shortly before it crashed, nose-first, into the ground.

"We are already on the scene with a rescue team which is assisting the ambulance and we have opened a location, together with aid organisations, to give psychological and social care," Conny Qvarfordt, from the local rescue services, told Sweden's TT newswire.

"It's a parachute plane, and something seems to have happened just after take-off."

The plane crashed onto Storsandskär island, just 2km from Umea's airport, in the delta of the Umea river.

Swedavia, operator of Umea airport, said that the plane was a GippsAero GA8 Airvan.