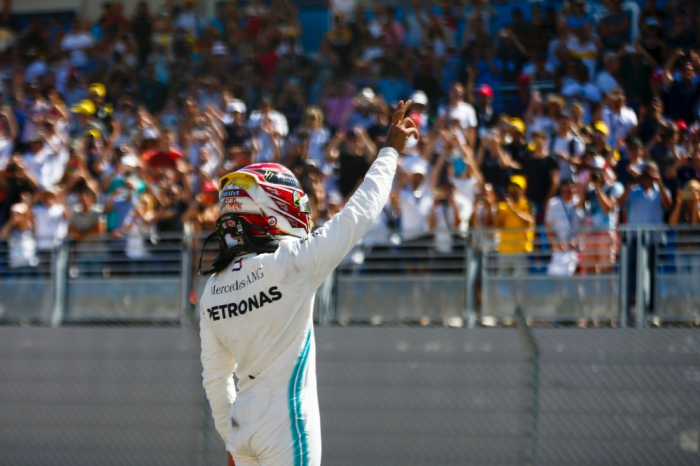 This was Hamilton's 80th victory in Formula One and was a forgone conclusion once he had benefitted from a safety car on lap 21, catapulting him into the lead after his pole-sitting team-mate, Valtteri Bottas had already stopped for tyres. Hamilton crossed the line a whopping 25 seconds ahead of Bottas.

The win, Hamilton's seventh from 10 rounds, takes the Briton ever closer to a sixth world title. He is now 39 points clear of Bottas in the championship standings.

On a sensational day for Hamilton, the Englishman also secured a bonus point by posting a stunning track record on his final lap.

Ferrari's Charles Leclerc finished third after Sebastian Vettel crashed into the back of Max Verstappen.

Red Bull driver Verstappen managed to finish fifth, but Vettel dropped to 16th with the damage sustained in the incident.