Over 35 die, 2.6 mln affected in flood-affected areas in India 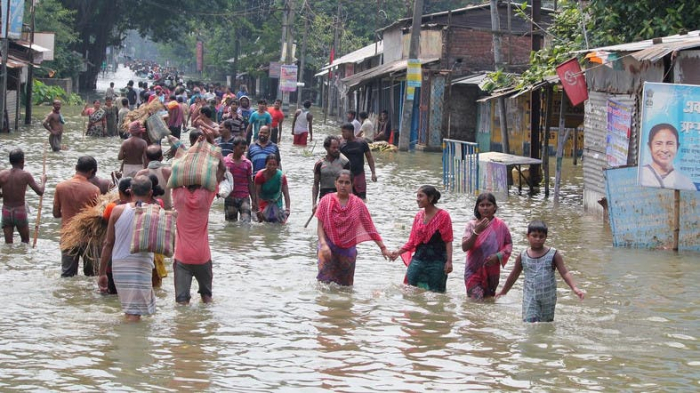 Over 35 people have died and more than 2.6 million others have been affected in floods ravaging India's eastern state of Bihar and northeastern state of Assam, media reports said Monday, AzVision.az reported citing Xinhua.

While 10 persons lost their lives in Bihar, over 25 have so far died in Assam, according to the media reports.

Rescue and relief work is underway and TV channels showed people and cattle taking refuge on roofs as a large number of houses have been inundated.

The Assam government has set up over 300 relief camps and more than 16,000 people are taking shelter in the camps.

Over 87,000 hectares of the cropped area has been reportedly affected in the floods.

In Bihar, as many as 10 districts have been hit by floods.

According to a report by state-run broadcaster Doordarshan, relief camps have been set up in the affected areas where cooked food and drinking water are being provided. Nearly, 180 makeshift community kitchens have been opened in worst affected districts.

Meanwhile, many districts in the northern state of Uttar Pradesh are too facing flood-like situation after monsoon rains for the past few days.